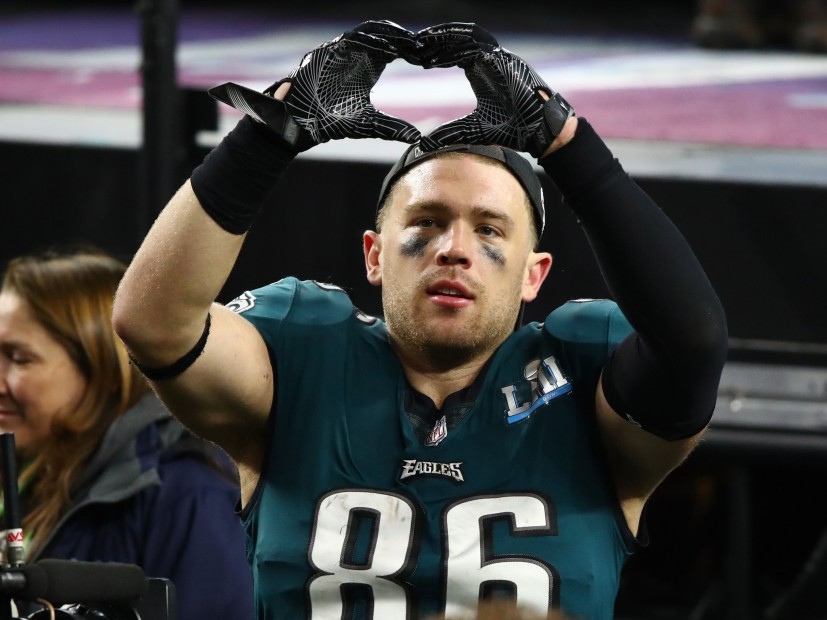 Minneapolis, MN – The Philadelphia Eagles walked away with the Super Bowl LII trophy on Sunday night (February 4), beating the New England Patriots 41 to 33.

The Eagles, who entered the US Bank Stadium in Minneapolis to Meek Mill’s “Dreams and Nightmares,” were led to victory by quarterback Nick Foles. Foles also picked up the MVP award (first string quarterback Cameron Wentz was out with an injury). It also marked the first Super Bowl win for the Eagles.

CONGRATS to the Philadelphia Eagles!

Take the Ls when you gotta.

Congrats to the @Eagles on that trilling #SuperBowlSunday victory. Incredible game. Damn!!! Under ?

2 very questionable touchdowns for the Eagles.. But I'll take it.. On the other hand tho.. If @Patriots were behind them questionable TD's everyone would say we cheated. Gotta own it Win or Loss. ??‍♂️STill Proud of my team ?????

Yo the Eagles played an incredible game. Congrats Philly. We were a greasy pole, but you still climbed us. Respeck.

Yo….good fucking game, Eagles. And I don't know how Foles went super saiyan in the last two games, but a backup QB really just did that. Congrats.

Yes congras to my @Eagles the 2018 super bowl champs pic.twitter.com/KLshipCvHy