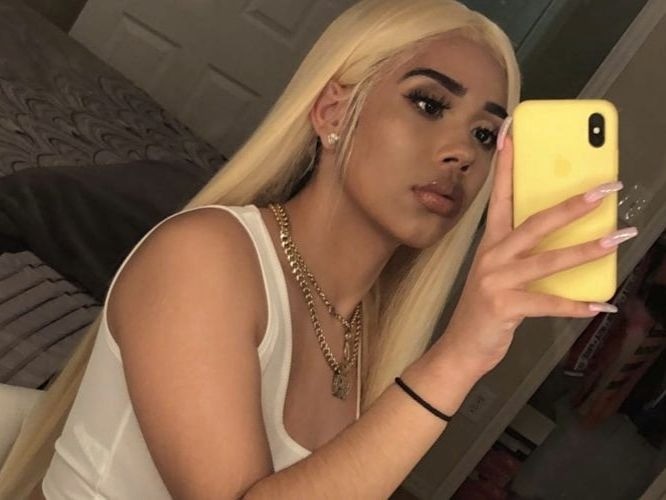 Tekashi 6ix9ine took a page out of 50 Cent’s Book Of Petty earlier this week when he took the mother of Chief Keef’s son on a Gucci shopping spree. Now, the mother of 6ix9ine’s daughter has reacted to the stunt on social media.

“People ask, ‘Why don’t you move out?'” she says. “Why the fuck would I move out of a crib he pay rent for? What the fuck? I’m going to stack my money and he can pay for the roof over mine and my daughter’s head that he fucking still lives in.

“So while he’s out here doing all of this to nigga’s baby mamas, I’m getting my bank account up. I’m doing what I have to do for my daughter while he’ll come back from Europe and be blowing my phone up … why you not pickin’ up?”

While she berates people online for suggesting she put her daughter in a compromising position by moving out, she continues dropping F-bombs in front of her child.

“Don’t tell me what to do in front of my fucking daughter,” she said. “Y’all can suck my dick.”

The “all of this” refers to 6ix9ine’s recent video with Keef’s baby mama Slim Danger. In the clip, the controversial Bronx rapper is seen sticking his hand down her shirt.

Keef responded to his current foe’s gesture on Twitter after Lil Reese wrote, “Bro we don’t love no thotty office Hernadez you kno how trick internet.”

Sossa replied, “who’s feeling they tryna hurt,” which was followed by a trail of laughing emojis.

The beef between the “Gummo” rapper and Keef has been ongoing and mostly played out on social media.