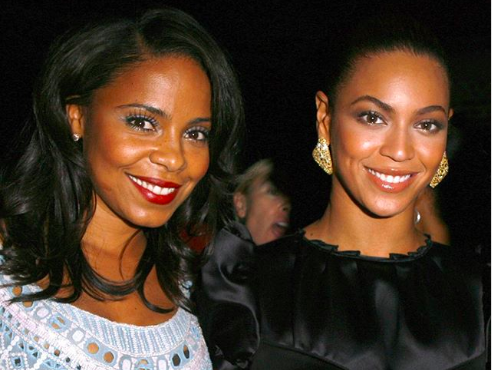 The #WhoBitBeyoncé investigation is officially closed. Tiffany Haddish has indirectly confessed to The Hollywood Reporter that actress Sanaa Lathan was the one who bit the superstar last December.

Haddish herself ignited the scandal when she shared a story from a JAY-Z concert afterparty in a GQ interview, saying, “There was this actress there that’s just, like, doing the mostest … She bit Beyoncé in the face.”

This caused a social-media uproar, with the Beyhive trying to decipher who the culprit could be. Page Six later revealed it was Lathan, though Haddish stayed silent at the time.

Now, in an interview published on Wednesday (June 13), the comedian was asked if Lathan was the biter.

“I’m super good friends with her stepmom and her dad [Stan, a producer-director], and they were mad at me,” she said. “They were like, ‘Why would you do this to the family? You know, black actresses, you guys have to stick together, it’s so hard for you guys to get work as it is, why would you try to ruin her career?’ But I didn’t try to ruin her career. I never said her name!”

Despite all the drama, Haddish insists that there was no “fallout,” and everyone is getting along just fine after the incident.