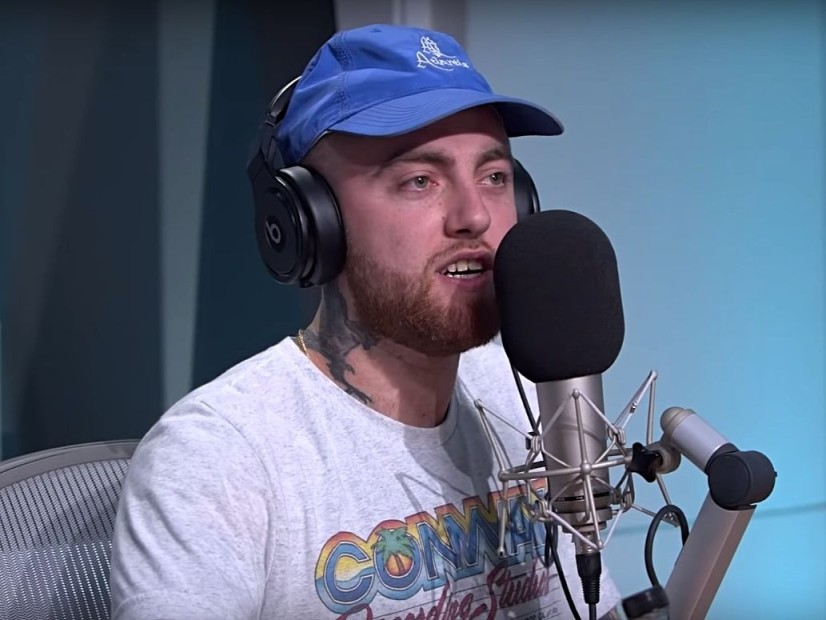 As Mac Miller prepares to release the SWIMMING LP, he’s back to making the press rounds. In a new interview with Beats 1 host Zane Lowe, the Pittsburgh-bred artist opened up about his relationship with pop princess Ariana Grande.

“You know, like, I was in love with somebody,” he said. “We were together for two years. We worked through good times, bad times, stress and everything else. And then it came to an end and we both moved on. And it’s that simple, you know.”

When the topic of Grande’s recent engagement to SNL actor Pete Davidson and the craziness that ensued online came up, Mac took the high road.

“It’s strange,” he said. “Like, the whole thing is a little strange but it’s not negative. It’s just a part of something that’s going to continue to help make me who I am. You know, it’s all positive energy. I am happy for her and moving forward with her life just as I’m sure she is with me.”

Elsewhere in the interview, Miller talked about the night he was arrested for a DUI. While driving in the San Fernando Valley, he crashed his Mercedes into a light pole and was taken into custody.

“What you don’t understand is that I lived a certain life for 10 years and faced almost no real consequence at all,” he said. “I had no version of the story that didn’t end up with me being fine. Yeah, I made a stupid mistake. I’m a human being. Like, I drove home drunk. But it was the best thing that could have happened… I needed that.”

“I needed to run into that light pole and literally, like, have the whole thing stop.”

Grande and Miller broke up in May and was engaged to SNL actor Pete Davidson less than a month later.

SWIMMING is expected to arrive on August 3.

[This article has been updated. The original version was published on June 11, 2017 and can be found below.]

Mac Miller probably isn’t going to like this. Weeks after his split with Ariana Grande, the 24-year-old pop star is reportedly engaged to SNL actor Pete Davidson.

A source close to the couple told People magazine, “It’s a recent engagement. They’re just two people who found love quickly and make each other happy all the time. They both started talking about it this past weekend. It’s nothing they’ve been hiding.”

In a since-deleted tweet, Grande reportedly posted an emoji-filled message shortly after the news went public on Monday (June 11).

Miller and Grande broke up early last month after roughly a year-and-a-half of dating. In a Twitter post, the singer insinuated Miller’s struggle with substance abuse was partly to blame.

“I have cared for him and tried to support his sobriety & prayed for his balance for years (and always will of course) but shaming/blaming women for a man’s inability to keep his shit together is a very major problem,” she wrote.

Grande’s revelations came shortly after the Divine Feminine rapper was arrested for a DUI.