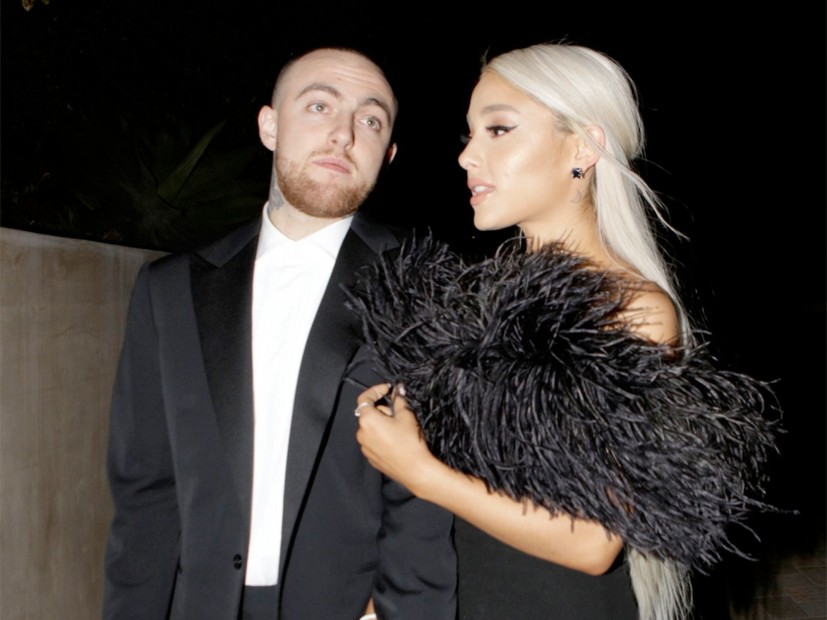 Pop princess Ariana Grande gave her roughly 57 million Twitter followers some insight into her relationship with Mac Miller on Wednesday morning (May 23).

Earlier this week, a fan tweeted the couple’s recent split was the “most heartbreaking thing happening in Hollywood.” Grande fired back and admitted Miller’s struggles with sobriety have been an ongoing issue. It recently culminated in Miller’s hit-and-run car crash and subsequent DUI arrest.

“how absurd that you minimize female self-respect and self-worth by saying someone should stay in a toxic relationship because he wrote an album about them, which btw isn’t the case (just Cinderella is ab me),” she tweeted. “I am not a babysitter or a mother and no woman should feel that they need to be.

“I have cared for him and tried to support his sobriety & prayed for his balance for years (and always will of course) but shaming/blaming women for a man’s inability to keep his shit together is a very major problem.”

Miller and Grande broke up earlier this month after a year and a half of dating. Since then, The Divine Feminine rapper has seemingly spiraled even more out of control.

Last week, the 26-year-old was arrested after he crashed his Mercedes G-Wagon into a power pole while driving in the San Fernando Valley area. Although he and his two other passengers left the scene, police were able to track him down at his home.

Miller reportedly blew twice the legal limit once in custody. According to TMZ, his blood alcohol content was .15 and California laws state a driver over 21 can’t have a BAC over 0.08 percent.

Grande ended her post with some encouraging words and vowed to keep her former flame in her prayers.

“of course i didn’t share about how hard or scary it was while it was happening but it was,” she wrote. “i will continue to pray from the bottom of my heart that he figures it all out and that any other woman in this position does as well.” [apple_news_ad type=”any”]