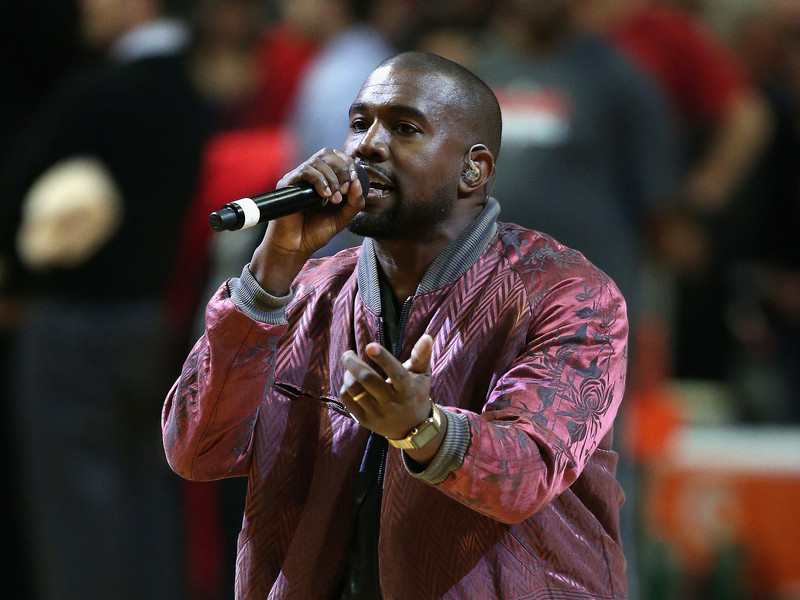 The full album debuted (twice) at Kanye’s album listening party in Jackson Hole, Wyoming on Thursday night (May 31). It was also livestreamed online via the WAV app.

The cover art was taken by Kanye himself on the way to the party, said his wife, Kim Kardashian West.

Kanye shot the album cover on his iPhone on the way to the album listening party ??❤️????

As promised for all of the albums in G.O.O.D.’s current string of releases, the album is seven songs long. The full playtime runs around 23 minutes.

Check out the stream, tracklist and cover art for Ye below.

[The previous version of this article was published on May 31, 2018 and can be found below.]

Kanye West’s new album Ye is available for the world to hear, at least for those on the WAV app. The much-anticipated LP arrives a week after Pusha T’s Yeezy-produced DAYTONA and marks the second release in a string of new projects that West announced in April.

The latest work from the G.O.O.D. Music founder has arrived with few details revealed prior to its release. West has been noticeably quiet in the weeks since his public support for Donald Trump and controversial statements about slavery dominated headlines.

Chris Rock provided an introduction for the listening party, which was held in Wyoming. Attendees included Nas, Desiigner, Big Sean, Dame Dash, 2 Chainz and West’s wife, Kim Kardashian, as well as hundreds of other journalists, celebrities and “cultural influencers.”

As of publishing, the official stream, cover art and tracklist haven’t dropped yet.