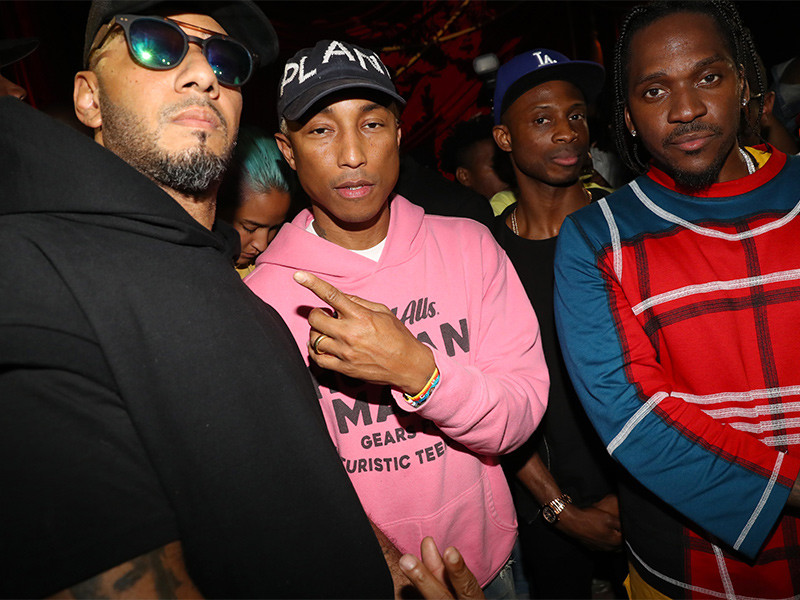 New York, NY, USA – After much speculation, group-text releases, and a name change, Pusha T’s DAYTONA had a listening party in the basement bar of the PUBLIC hotel in New York on May 23.

There was much to celebrate at the event that saw the likes of Swizz Beatz and Pharrell Williams in the building. Famous friends and music industry elite were both in attendance to listen to the “flawless” seven-track project for the first time, and King Push did not disappoint.

According to HipHopDX president Thuy-An Julien, who was in the building, Pusha was incredibly gracious and welcoming to all in attendance. “Pusha walked in, and instead of heading to VIP, he walked right to the center of the crowd and started the night off by welcoming the crowd,” she said.

After welcoming people in attendance, he proceeded to play DAYTONA in its entirety.

One song that caught attention online was “Infrared,” which appeared to take some shots at Drake with a reference to alleged ghostwriter Quentin Miller (“It was written like Nas but it came from Quentin”). Considering the former Clipse rapper and Drake have been going back and forth for a number of years — with Drizzy addressing Push in “Two Birds, One Stone” after the “H.G.T.V. Freestyle” roasting — the new shot isn’t too surprising.

Pusha T here for all that drake smoke ? pic.twitter.com/6vQpgFo9B1

Pusha also recruited Kanye West for a verse on “What Would Meek Do,” where Kanye starts off with some lines similar to the gibberish on  “Lift Yourself” before getting into references to his MAGA hat and “seven pill nights.”

The track’s name comes from a line Pusha spits: “Angel on my shoulder, ‘What should we do?’/ Devil on the other, ‘What would Meek do?'”

Pusha also explained the shorter nature of the project, as well as the rest of GOOD’s Kanye-helmed upcoming releases.

“Short and sweet,” he explained to the crowd. “Got everything across in seven joints. Seven [is] definitely the God number. All of the projects coming out is seven. You know GOOD Music’s anti-everything. Everyone doing 18 tracks. We’re doing seven … Y’all make sure you get that shit.”

He also addressed the long process it took to get the album out.

“It took a minute for me to do but it’s gotta be tight for y’all. Gotta be right. Y’all only want it one way,” he told the crowd.

It seems like the project will be worth the wait — at least according to producer Mike Dean and Nas.