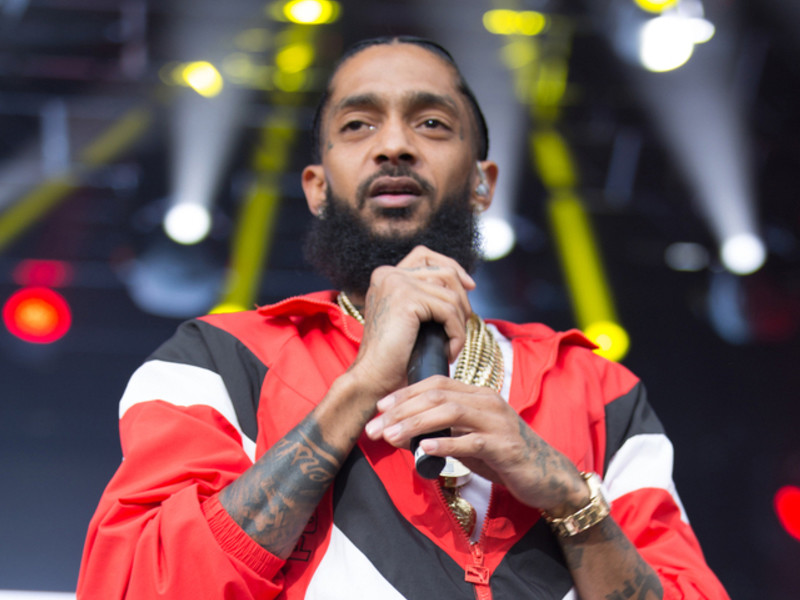 During a set at the 2018 Broccoli City Festival, the Victory Lap MC performed the anti-Trump anthem “FDT” and used a photo of West wearing the “Make America Great Again” hat as a backdrop.

“Performed #FDT in Washington D.C,” Nipsey wrote in an Instagram picture of the scene. “Picture Speaking A thousand Words.”

The picture comes from West’s recent Twitter spree affirming his support for Trump. In the photo, ‘Ye is seen wearing the “MAGA” hat alongside music industry powerhouses Lucian Grainge and Lyor Cohen.

Nipsey’s public jab comes on the heels of West’s new song “Ye Vs. The People,” a collaboration with T.I. that portrays a conversation about the G.O.O.D. Music founder’s pro-Trump stance.