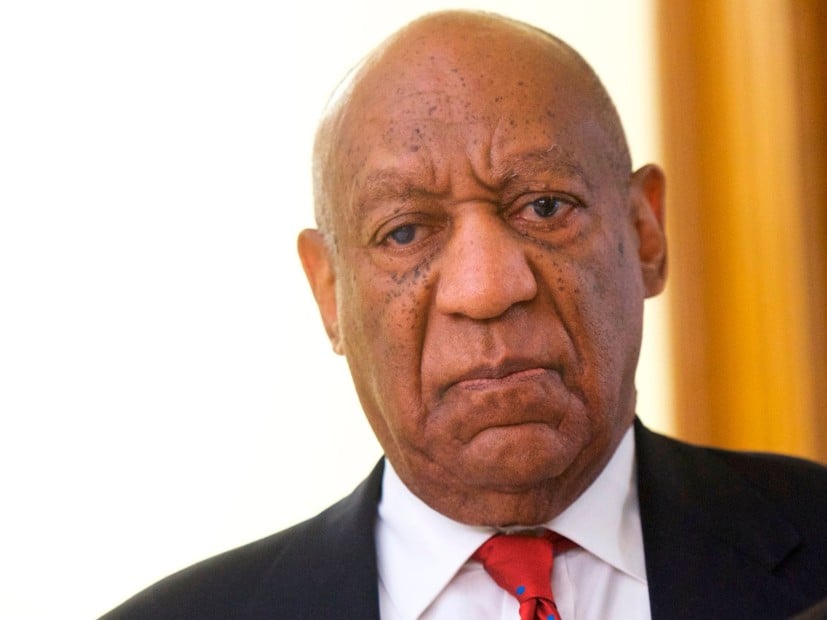 Bill Cosby Found Guilty On All Counts Of Sexual Assault

Norristown, PA – Bill Cosby was found guilty on all counts of aggravated indecent assault on Thursday (April 26) at the Montgomery County Courthouse, according to the New York Times.

A jury of seven men and five women sealed Cosby’s fate for his assault on former Temple University employee Andrea Constand, who the once beloved actor had previously mentored.

Each felonious count — penetration with lack of consent, penetration while unconscious and penetration after administering an intoxicant — carries up to 10 years in prison. Consequently, the 80-year-old comedian could spend his remaining years behind bars.

CNN reports that after the verdict was read, Cosby stood up and called prosecutor Kevin Steele an “asshole” as Steele was telling Judge O’Neill he thought his bail should be revoked for being a flight risk. Cosby reportedly overheard Steele telling the judge Cosby had a private plane and could go anywhere in the world.

Cosby shouted, “He doesn’t have a private plane, you asshole.”

On the defense side, the most damning foreshadowing of the verdict was that Tom Mesereau, Cosby’s attorney actually fell asleep with his “mouth open” as Judge O’Neill read long accounts of Cosby’s testimony regarding Quaaludes and the sexual nature of his relationship with Constand.

Multiple women have accused the former sitcom dad — Dr. Heathcliff Huxtable — of similar violations. Last summer, his first trial ended with a deadlocked jury because of two not guilty hold-outs.

Over the years, Cosby has notoriously taken an anti-Hop Hop stance. In 2008, Mr. Pudding Pops was reportedly working on a Hip Hop-inspired album called Bill Cosby Presents the Cosnarati: State of Emergency. In an interview with Today, he clarified, “I do not rap on any of these things. I wouldn’t know how to fix my mouth to say some of the words.”

Bill Cosby Presents the Cosnarati: State of Emergency was released in 2009.

Reactions to his conviction were mixed on social media. Some remember Cosby as the fun-loving, morally sound father on The Cosby Show while others view him as a malicious predator. One Twitter user even wanted to remind people Kanye West once defended him.

Celebrities and Hip Hop artists alike took to Twitter to chime in.

More importantly, I haven't forgotten about the many women you assaulted and silenced with your power. Good riddance!!! https://t.co/PY4Dl0t1YS

Since ya'll done got Bill Cosby, now hurry & get Harvey Weinstein ….oh and dare we not forget about Trump ?

Finally some justice for Bill Cosby’s victims. May they find a little #peace today. #GUILTY

The state of America is this- Even with dozens of accusers we were all afraid Bill Cosby would walk.

Understand this Bill Cosby verdict is all about money as well. You are about to see everyone connected with this case get book deals, and now the door is open for people to go after money from the Cosby estate. And they will be able to pillage his estate long after he is dead