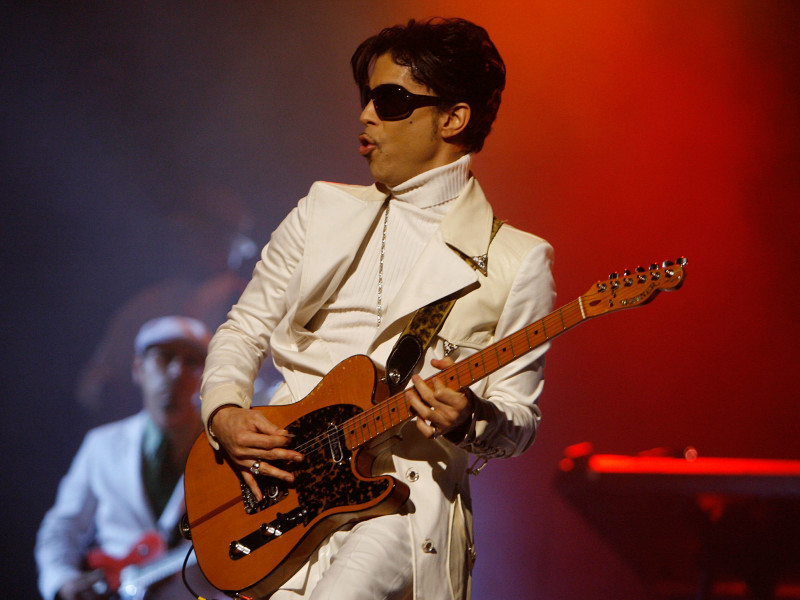 Fans of The Purple One may have new memorabilia to swoon over sooner than later.

According to TMZ, boxes of unreleased photos and writings have been found by the Prince Estate in Minnesota. Paisley Park Enterprises, the merchandising division of Prince’s Estate, intends to cash in on the discoveries, having just filed documents for clearance to release the handwritten poetry, lyrics, journals and never-before-seen photos. The estate plans to produce a collector’s book of this original printed material, though there has been no word on when the book will be available.

The announcement comes after the criminal investigation into Prince’s death was closed. Last week (Thursday, April 19) TMZ has reported that after a two-year investigation into Prince’s death, no one will be held responsible, due to insufficient evidence of who provided the fentanyl-laced Vicodin that killed the legendary singer. According to Carver County District Attorney Mark Metz, Prince was likely unaware that he was taking fentanyl, but had been taking opioids for quite some time for “significant pain.” Prosecutors allege he did not have a Vicodin or fentanyl prescription on record.

Just hours prior to this decision, court documents revealed that Dr. Michael Schulenberg had agreed to pay $30,000 in a federal civil violation suit for illegally prescribing Prince Oxycodone. Schulenberg had treated Prince at least twice, and had written Oxycodone prescriptions to Prince’s bodyguard, Kirk Johnson as a cover, claiming he used Johnson to protect Prince’s privacy. Though Oxycodone was not found to play a role in the musician’s death, this violated the Controlled Substances Act. This case differs from Michael Jackson’s, in which the doctor responsible for administering MJ a deadly dose of propofol was eventually sentenced for involuntary manslaughter.

In a statement Thursday (April 19), U.S. Attorney Greg Brooker said, “Doctors are trusted medical professionals and, in the midst of our opioid crisis, they must be part of the solution. As licensed professionals, doctors are held to a high level of accountability in their prescribing practices, especially when it comes to highly addictive painkillers. … We are committed to using every available tool to stem the tide of opioid abuse.”

The decisions come around the two-year anniversary of Prince’s death, when he was discovered unresponsive in an elevator of his Paisley Park estate in April 2016, aged 57. The singer has continued selling albums and racking up streams – an April 2017 Billboard report showed that he surpassed Drake and Adele to total $7.7 Million in sales in the first year after his passing.