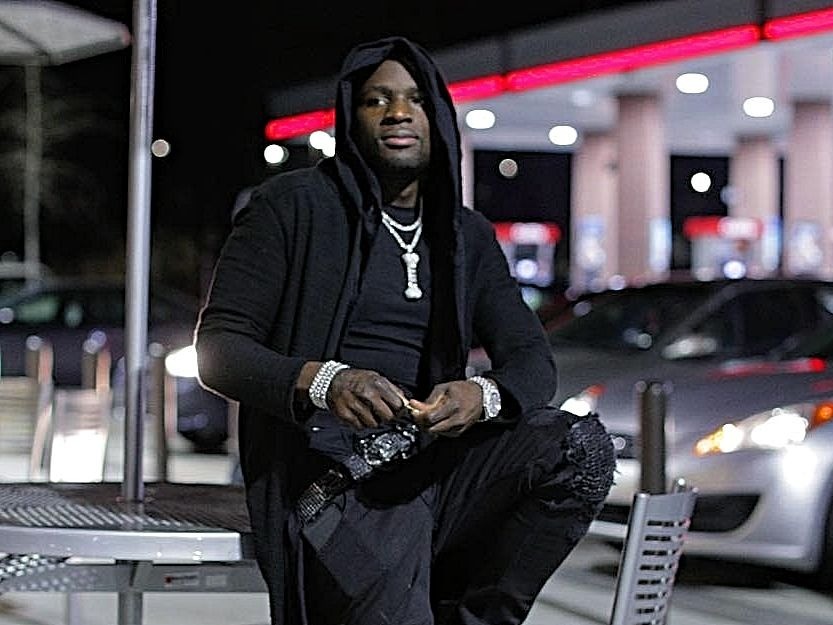 The FBI, police and Homeland Security surrounded Ralo’s Atlanta apartment complex on Wednesday (April 18) to execute a search warrant, according to Fox 5 News.

The 23-year-old rapper reportedly purchased the apartment complex over a year ago so his friends had a place to live.

Several people were taken into custody but the Gucci Mane affiliate had already been in jail since Saturday (April 14) after being arrested on a criminal conspiracy charge.

DeKalb County Police reportedly said the charge will be dropped once the narcotics unit hands his case over to the ATF bureau, where it will be handled as a federal case.

The FBI hasn’t revealed why they were at the complex. Those taken into custody were released. [apple_news_ad type=”any”]

(The original version of this article was posted on April 18, 2018 and can be found below.)

Atlanta rapper Ralo — real name Terrell Davis — was booked into a DeKalb County jail on Saturday morning (April 14). According to the DeKalb County website, the 23-year-old was arrested on charges of conspiracy to commit a felony, although his jailing profile indicates the charges have been dropped.

A spokesperson for the DeKalb County Sheriff’s Office told HipHopDX he has not yet been released.

In February, Ralo was stopped for driving with a suspended license. Following the incident, he told his side of the story in an Instagram post and claimed he was stopped because he’s the “#1 most hated type of guy in this country.”

Young, Black, Smart, Rich, an Muslim. #1 most hated type of guy in this country. On my birthday i was pulled over due to cancellation of registration. GA law states that on day of your birthday you have to renew your registration. 2) In their computer system my license was suspended. 3) I didn’t have proof of insurance. My bond was paid b4 i walked in the jail. Kristie made sure of that. I went to court this morning, for some strange reason my license is active, an why da fuck would i pay ah half ah million dollars for a car an not have insurance on it??? #DiaryOfTheStreets3

The Gucci Mane affiliate’s latest project, Diary Of The Streets 3, was released on February 9 and serves as his seventh mixtape.