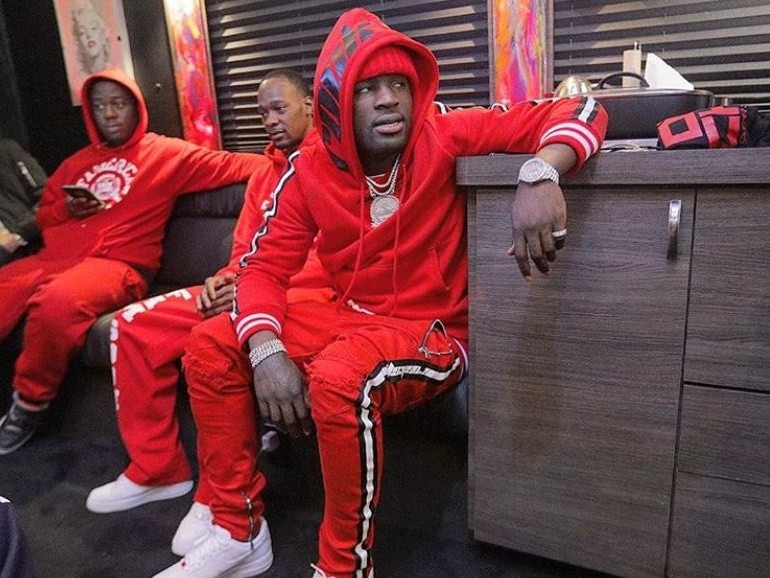 Ralo Allegedly Trafficked Nearly $2M Worth Of Marijuana To Georgia

Things are continuing to look bleak for Atlanta rapper Ralo following the release of federal documents that detail the specifics of his arrest over the weekend.

The biggest bombshells in the affidavit, which was filed in U.S. District Court, allege that Ralo is the leader of a criminal street gang and was responsible for smuggling nearly $2 million worth of marijuana to Georgia, according to FOX 5 News.

WSB-TV reports Ralo and others have been charged with two counts of conspiracy to distribute marijuana. His lawyer says Ralo will plead not guilty.

Last December, about $1 million worth of marijuana (520 pounds) was seized not too far from Atlanta’s Fulton County Airport. Three people, allegedly linked to Ralo, were arrested after a surveillance team spotted 37 packages wrapped in holiday paper being transferred from a private plane to a van.

The van, which was registered to Ralo, was pulled over shortly after departing from the airport.

Attention police officers, i will never in my life ride with any drugs. I know yawl would love to lock me up for the rest of my life, but I’m no fucking dummy. The crimes that i committed no longer exists. Ima rapper now; you wanna see some shit, come to one of my shows. #AhkShitPopShit #12CantStopShit

Ralo even appeared to allude to the loss the very next day on Instagram, writing, “I’ve lost more than a man have gained in a lifetime…Have you ever lost ah million dollars at one time???”

I’ve lost more than an man have gained in a lifetime… Have you ever lost ah million dollars at one time??? After losing $300k weeks b4 an still up!!! #Alhumdulillah

And on Sunday (April 15), a similar encounter took place when authorities were clued in to another alleged run from California to Georgia.

Authorities were on hand as the plane landed at Peachtree-DeKalb Airport, and reportedly went on to seize $840,000 worth of marijuana. Nine people, including Ralo, were arrested at the airport.

Only a stupid man would think he could sell dope forever without going to prison forever. The man that wins the game is the man that run his money up an run away from that shit!!! An that’s the reason they call me #MrDogFood I won ?? #DiaryOfTheStreets3 2/9

Ralo and the others arrested remained in jail as of Thursday (April 19).

The arrest of the individuals at Peachtree-DeKalb Airport took place days before the FBI, police, and Homeland Security raided an Atlanta apartment complex owned by Ralo. It is still unclear what, if anything, was discovered during the raid.