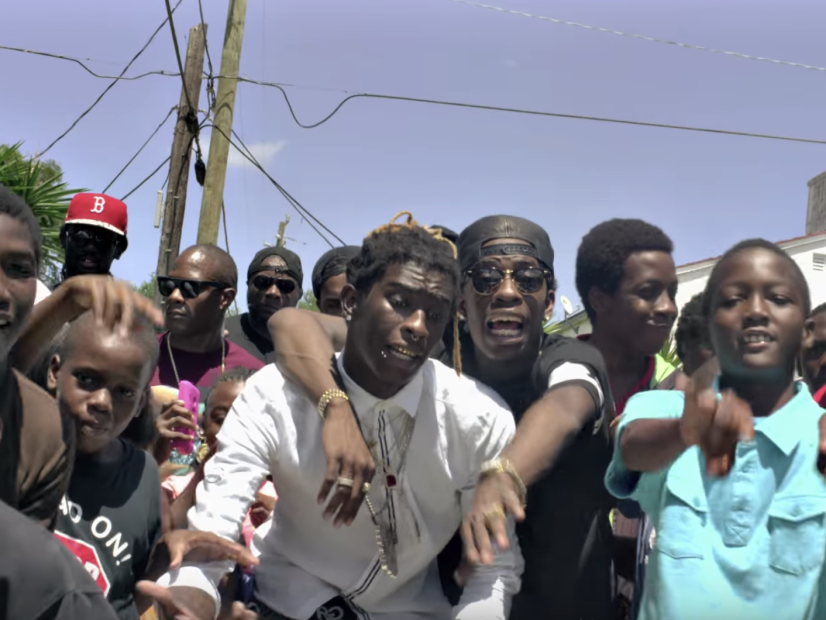 Nearly four years ago, Young Thug and Rich Homie Quan teamed up with Birdman as Rich Gang. The group created the summer smash “Lifestyle” and a critically acclaimed mixtape titled Tha Tour Pt. 1. Somewhere along the line, the two went their separate ways due to irreconcilable differences. Now, Gucci is offering $1 million in cash for the two hitmakers to reunite and make a project at his Polar Bear Studios.

I got a million cash for @RichHomieQuan and @youngthug to do one mixtape at the brand new #PolarBearStudios #NoCap 12songs from stratch! #NoCap brrr!!!

Thugger and Quan’s murky history dates back to 2015 when the former began yelling “Fuck Rich Homie” at his shows. It all went publicly downhill from there to the point where all hope was lost on them making music again. In 2017, however, it appeared as if the two were back in the studio and on good terms.

“Lifestyle” producer London On Da Track made an attempt to reunite the two to no avail and it appears by a tweet from Thug today (March 26), he’s “strait 4life,” essentially passing on Guwop’s million dollar offer. He also said he wasn’t releasing any more music this year in honor of his deaf brother and then vainly switched his name to SEX.

U no I’m the nigga got u together wen u came home kid… I’m strait 4life https://t.co/jgidiKbyg3

Thug responded to Gucci’s request on Twitter, saying, “U no I’m the nigga got u together wen u came home kid… I’m strait 4life.” Quan’s publicist said he had “no comment” when asked about Guwop’s tweet.

If things change and the project becomes a reality, Thug’s long-time engineer Alex Tumay wants in.

Hey @gucci1017, this cant happen without me tho ?? https://t.co/LDqaynXwBf