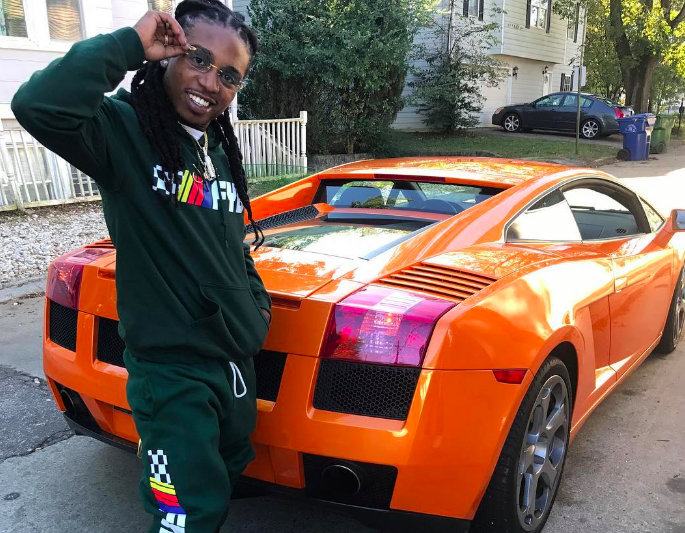 Jacquees Arrested After Getting Stopped For Not Wearing Seatbelt In Lamborghini

Miami, FL – Jacquees was arrested in Miami’s South Beach neighborhood on Wednesday (March 21) after police say he refused to pull over while driving his black Lamborghini, according to the Miami Herald.

Jacquees was instructed to pull over after an officer says he noticed the 23-year-old wasn’t wearing his seatbelt.

“The defendant did not obey my command and instead kept driving the vehicle at a low rate of speed with heavy traffic still northbound on Ocean Drive,” the arresting officer wrote in his report.

Jacquees — a native of Georgia — later asked why he was being pulled over.

“He was then asked again to pull over and to provide me with his driver’s license. The defendant once again refused to obey a lawful command from this officer,” the report added.

After pulling over, the Cash Money Records singer was asked to move to the sidewalk but police say he refused. Subsequently, large crowds of onlookers gathered and the arresting officer called for backup.

“Additional officers had to be requested in emergency mode due to the large crowd gathering and the defendant still not complying.”

#jacquees got arrested in Miami for not wearing a seatbelt.

Jacquees — born Rodriquez Jacquees Broadnax — was later taken into custody and charged with failure to obey an officer and disorderly conduct.

“It should be noted that the defendant’s actions disrupted the peace and quiet and public morals of bystanders on a busy spring break day on ocean drive in Miami Beach,” the report concluded.

Jacquees later hit Instagram to respond to his earlier arrest.

?Can’t nobody stop what’s destined for me #CaniTakeADiveInYourOcean

According to his website, Jacquees still plans on performing in Detroit and Dallas this Saturday (March 24) and Sunday (March 25).