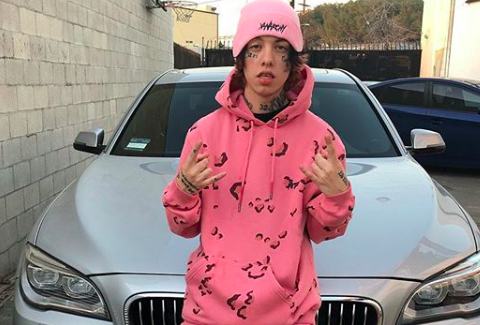 Lil Xan is apparently still feeling the heat from his controversial 2Pac comments. After Xan called the Hip Hop great “boring” during a REVOLT interview, he’s been getting dragged left and right by (former?) fans and peers alike.

According to TMZ, Xan recently needed to call upon a police escort to escape an angry mob of teenagers. While eating at a Redlands, California Del Taco, the 21-year-old was reportedly surrounded by several teens who berated him for dissing the late rap legend.

Xan ran to a near-by YMCA where he enlisted the help of an officer to take him safely to his car. [apple_news_ad type=”any”]

Check out Xan’s original comments below.