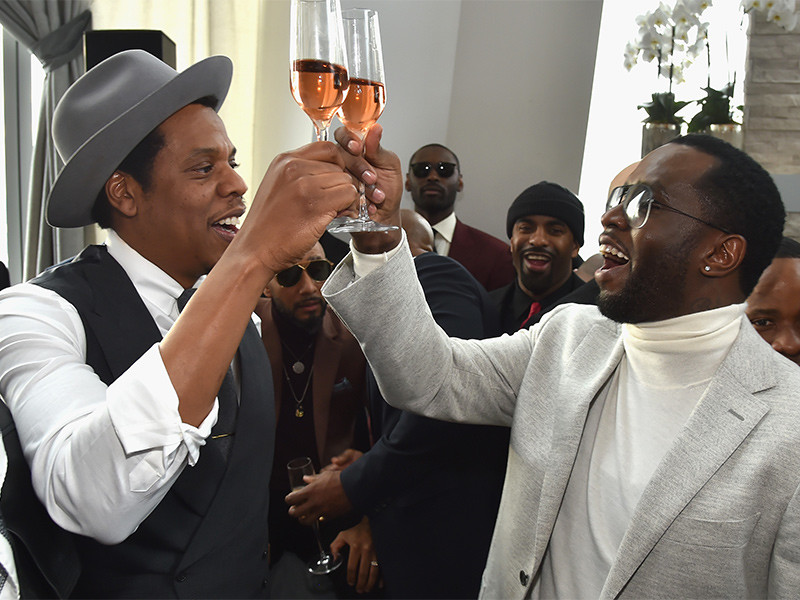 Move Over Diddy: JAY-Z Is Now The World’s Richest Rapper

JAY-Z has dethroned Diddy as Hip Hop’s richest player, according to Forbes’ 2018 List Of Hip Hop’s Wealthiest Artists. Whereas last year (and every year since the list’s inception in 2011), the Bad Boy Founder ranked first, this year Hov takes the lead with a $900 million fortune.

Aside from his music, JAY-Z’s immense wealth comes from his stakes in Roc Nation, TIDAL, and his liquor brands, Armand de Brignac champagne and D’Usse cognac.

Diddy still follows closely with $825 million, and celebrated #blackexcellence with an Instagram post that went up after the report dropped.

Cheers to #blackexcellence LETS GO!!!!! For motivational use only! ✊?

Dr. Dre finds himself in the No. 3 spot again, but with a net worth of $770 million, up from last year’s $740 million. It’s expected that his fortune will grow substantially in the next year, once his Apple stock is vested.

Rounding out the Forbes Five list are Drake and Eminem, tied at $100 million. Last year, Drake was behind Birdman with a $90 million fortune. Drizzy owns several estates, on top of having earned more than $250 million since 2010.

Next, while Eminem isn’t typically regarded as a mogul, he is the best selling artist (across any genre) of the 2000s, and profits from his 2017 Revival release brings him into the Top 5. He recently became the RIAA’s second-highest selling singles artist of all time.

Forbes calculates the rankings based on an analysis of candidates’ major assets, and enlists analysts, attorneys, managers and other key team members to gather the information.