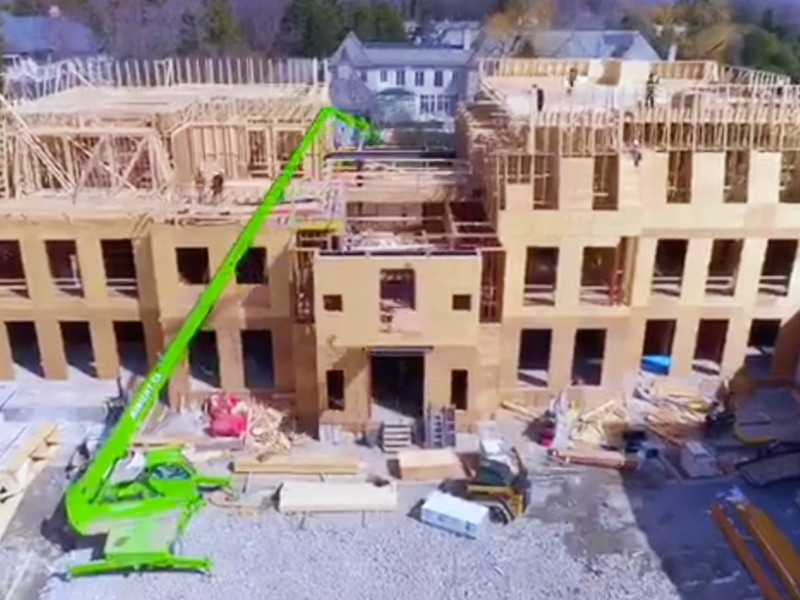 Drake Has Been Giving More Life To His New Toronto Mansion

On “Gyalchester” from his new More Life playlist Drake raps, “I gotta do mansion ’cause I outgrew condo.” Turns out this wasn’t a metaphor.

Drake’s architectural designer Ferris Rafauli has shared a video to his own Instagram page that shows Drake’s mansion under construction in Toronto’s upscale Bridal Path area, the richest neighbo(u)rhood in Canada.

If you’re not in the mood to feel jealous today, then the time to look away is now…

The video shows the designer beginning with sketches and plans, followed by a big-ass crane carrying plywood to the top of an even bigger-ass mansion. You can tell how impressive the house is going to be by the sheer number of construction staff that already seem to be working at the site.

When it’s completed, the mansion is going to take up 21,000-square-feet and, according to the original plans, will feature a swimming pool and a basketball court.

As for the condo that Drake sold? Well that’s pretty much just as extravagant, and you’re likely to be just as jealous if you check out the virtual tour below: