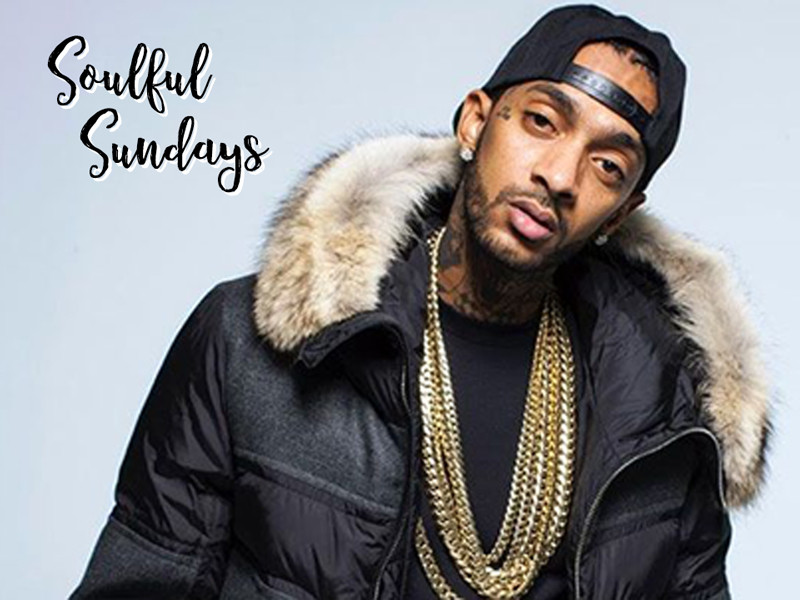 The two Hip Hop aficionados pull up a stool at the soul food restaurant Comfort LA where they discuss a bevy of topics, including Nipsey’s deal with Atlantic Records and the sacrifices he had to make in his personal life to get to where he is today.

“It’s a big sacrifice, truthfully,” Nipsey tells DX. “From your relationships, family life, how much time you get to spend with your people, your kids — you gotta really put work in. As a major label artist that has a full team, it’s a lot of work. Even more so, after you finish your songs, you gotta to the marketing side of it and work on marketing as well. You gotta go to the executive side and be an executive as well. so you gotta cut some corners in other places in order to fulfill all the roles.”

Nipsey, who just released his debut studio album Victory Lap, also touched on his 2016 single with YG, “FDT (Fuck Donald Trump).” He acknowledged YG for coming up with the idea.

“Conceptually, I gotta give credit to YG on that just because we really got on the phone to do a collab project,” he explains. “So, we got in. [DJ] Mustard was there. We did like four or five records. After the fourth or fifth record, he came in the studio and was like, ‘Hey man, whatchu think about a Donald Trump record?’

“He starting humming like ‘Fuck Donald Trump’ just right then and there in the studio. I’m like, ‘Yeah that sounds cool. Go lay it.’ He go to lay it, and we he come out the booth, we hear it back on the speakers and everybody in the studio looking around like, ‘Damn. Is this something right here?’ … Everybody kind of got like, ‘Damn that might be it.’ I’m really proud of that record. It was before it became cool to say, ‘Fuck Donald Trump.'”

Soulful Sundays airs every other Sunday at 9 a.m. PST.