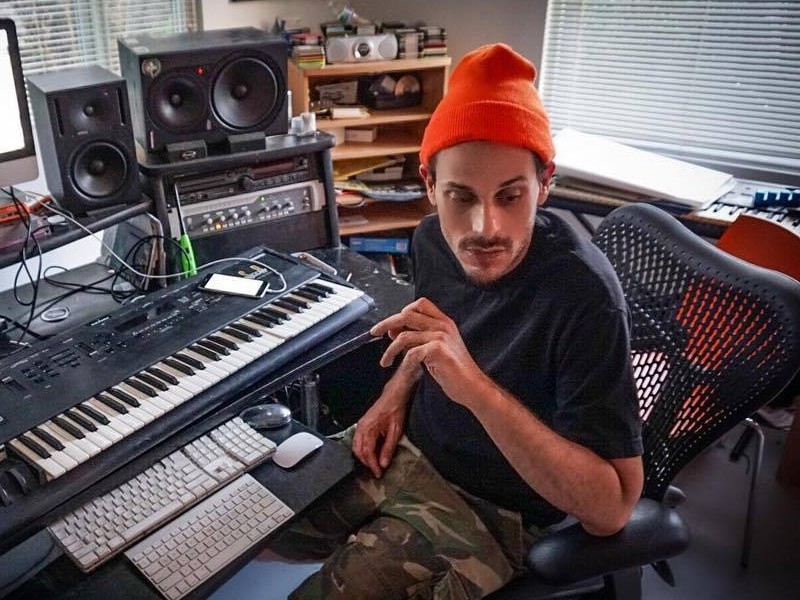 Last week, HipHopDX shared the first part of our extensive conversation with Evidence. After delving heavily into his new album Weather Or Not in Part 1, we’re back with the second and final portion of our illuminating interview with the Rhymesayers artist.

In Part 2, Evidence explains why another Dilated Peoples album probably won’t be released anytime soon and talks about his desire to handle all the production on his next solo LP. He also touches on his Weather Or Not collaborations, his working relationship with longtime friend Alchemist and how the music industry has evolved.

What is the biggest change you’ve experienced as an artist and in the music industry since The Platform dropped in 2000?

I think something as broad as just going from really wanting to be accepted to caring less about what the people who inspired me think about me, creatively. Moving out of that a little bit. Maybe moving out of the emulation and into the innovation a little bit more. That was a big lesson. ‘Cause when you start, you really just wanna be like whatever made you wanna do this in the first place. And then, as you move along, you start to form this set of rules about how I’m supposed to sound and what’s expected. And I think if you get out of that, it’ll probably lead to the healthiest place, creatively.

And in the industry?

I think a full circle happening — starting independently, then using that leverage to get a record deal, and then going back to independence again and seeing how the game right now is kinda embracing the independent artist. The stigma of having to be signed has kinda been erased. Stick to your vision and don’t go to them, let ’em come to you kinda attitude in the industry.

I always felt like I have to make my own album. Like, I can’t just be on it, because it’s me. And if I genuinely made it, and I made something that’s undeniable that can sit with everybody else, then I’m on own now. But until then, it’s really hard when you’ve got access to some of those names you were just saying. You just say, “No, I’m gonna do them, so I can have all of the publishing!” [laughs]. I don’t know, but I have been saying I wanna move more into doing my own production because I’m proud of how I can.

I’ve done it four times now, so I’m proud of how I can orchestrate six or eight different producers who are not hearing what anyone else is doing, and I can pick beats from them to make it all feel flush. And when you play the album, you don’t know the producer unless you go, “Which one is Alchemist? Which one is Premier? Which one is this?” I feel like I’ve really done a good job at being the executive producer or sound-scaper, or something bigger than … an arranger, maybe. Taking other people’s beats and knowing how to make an album out of ’em and not sound mismatched.

But my biggest challenge ahead is just doing it myself, to create a sound like Havoc did for Mobb Deep’s album, or the way El-P did with whatever he touches, or RZA did with Wu-Tang. Maybe I do have a sound in me that I’m not tapping into yet, and if I did the majority, it could possibly be my best or my worst shit. You know? So, I kinda want to move in that direction, even though it’s scarier. Hopefully, we’ll go more in that direction in the future.

You mentioned it possibly being scarier. Is that something difficult to manage with how close you are to Alchemist and how much y’all collaborate? When you’ve got someone that good, is it tough not to utilize him?

Yeah, for sure. It’s like, “How am I gonna pass this beat up right now when they’re offering?” But I do need to bear down and do one like that, though. I really do. Or I need to make the majority of it myself and then decide, “Oh okay, this could use an Alchemist” or “This would be tight if” … At least I could do it like I treat vocal guests.

I always try to make 10 songs myself and then get the rest of the guests to fill out 15 or 16 songs. So, at least I made my album already before I start sprinkling everybody on it. And maybe if I did that with production, that could be good.

But in all fairness, Alchemist gives me a lot of props and encouragement and inspiration. When I play him beats, he’ll sometimes be like, “Wow, man that killed what I just made.” You know what I mean? He gives me my due, so it’s inspiring.

So, would you say the Madchild album you did was you starting to have a vision for doing an entire LP?

Yeah, ’cause just those names I mentioned before. The double threats. Those are triple threats. Those are probably my biggest inspirations. Kanye West, RZA, Havoc … People like that where they could just rap, they can make beats, they can do whatever. That shit’s so dope to me. It’s probably why I like taking photos. It’s just, it’s dope to show that you’re not … I can be good at anything I wanna do, I don’t have to be a one trick pony. So yeah, it would be really dope to be as known for my production as much as something else, sometimes. Or not even, but just the respect of the ones that do know.

One thing I really enjoyed on Weather or Not was you got a chance to give Mach Hommy some shine. I feel like he’s a newer artist that hasn’t received his just due. Was that a natural collaborative relationship you developed or did you seek him out to get on this record?

For this album, I didn’t do any of the laughing with strangers thing. I mean, some people I know better than others, but I can honestly say that everyone on my album, the majority – if we didn’t keep it, there was one take they did on my microphone.

Maybe a couple of things got recut. Slug re-cut his lyrics in Minneapolis. You know what I mean? But they were all at my house at one point or another, building on the songs. Styles P came over, Jonwayne came over, everyone was there.

So, I met Hommy at Alchemist’s studio in L.A. when they were doing the “Brand Name” record, like I think about a year and a half ago. He put out a 12-inch with Mach Hommy. And yeah, we just started chopping it up from there and talking a lot on the phone. By the time we had worked [on this record], I had already rapped with Tha God Fahim, and I had already produced for him. So yeah, we were already tight.

And not everyone knows what he’s doing but if you see him, take notes. He body bagged that shit.

Definitely. So, going back to the point you were making earlier about how your grand plan was just to get back to a Dilated album after doing your solo albums. Obviously, Rakaa and Babu are still part of this latest solo record. Is another Dilated album next or it’s not in the cards right now?

No. I took six years, or seven years off. I mean it doesn’t seem like that, but I did. Cats & Dogs was 2011. Even if it came out in November, it was just the very end of the year, but it’s a six or seven-year-old album, so I need to build my brand back up right now. That’s most important. I did 10 years of building Evidence, you know what I mean? I mean four albums. I wanna keep that going. I still have a little momentum, I don’t wanna do one now and then just drop off for six years. It doesn’t make sense.

So, I would say another one of these [solo albums], another Step Brothers and then maybe Dilated. But not to rule out … If Dilated started happening naturally, like, it was just Rakaa showing up a lot to kick it and the flow is just showing up and then work just happens magically every day, then maybe. But the way our lives have gone separate, the way I see a Dilated record happening right now would be like, we all consciously have to hook up a few times a week and have a certain amount of hours to do so. And that sounds like work [laughs].

The fucked up part about it is the song I did with Rakaa on my album, I really love. And it was so painless. And all the cuts that Babu did on my shit was so easy. So, it’s really just a mindfuck on my head like, “How do I just tell ourselves that we’re not making one.” And maybe that’s how it’ll happen.

Where it’s just as organic as possible.

You brought up doing another Step Brothers record. Was the previously unreleased song y’all put out a little teaser that Step Brothers is not too far away?

Absolutely not [laughs]. That was one of the songs that didn’t make the album. It was a complete throwaway. So, it’s fire that people kinda like it. That was like, serious cutting room floor shit [laughs].

Nice [laughs]. So, you’re saying what’s next will be keeping up with the Evidence brand. Can you tell me a little bit about the promotional push for this Weather or Not album? I know you announced one tour, but I’m curious if you’ve any type of special plans going forward.

Knitting Factory, we sold it out. And we sold out the Roxy too. So, it’s been really inspiring. The album showed up right off the bat at number two on the rap charts and then number 13 in the whole country. Number 10 and then it went to 13 in the country on the major chart.

What I would say is, if there’s a genuine interest and it seems like people are fucking with it, I’m gonna go get it. Atmosphere is lined up already. Tour through Canada and some U.S. states that are neighboring. And then, I’m gonna be announcing another tour shortly, overseas. Australia and South America are definitely being looked at. And then, God willing, I’ll get back and try to do my first solo headlining U.S. tour.

That would be great. Well, I really appreciate you taking the time to speak with us. Anything else you wanna let fans know?

Yeah, people showing love … Whoever it’s been for this record, it means a lot. Probably more than it’s ever meant before just because, like you said earlier, to dip out for a long time and just come back, you kinda don’t know what to expect. If it came back that it wasn’t really coming back with this much attention … I would probably be expecting that also, to be honest. So yeah, this means a lot.

And people coming to the shows, it also means a lot. It’s giving me hope to keep going. So, it feels a little more human this time. It doesn’t feel like I’m being the artist guy, it feels like people are … I’m relating to them and being able to just have therapy through all of this shit. I don’t know. It just feels more human, so I appreciate all of that.

Evidence’s Weather Or Not is available now on Rhymesayers. Check out his tour dates here.