Cardi B On Feminism: "I Do Feel Equal To A Man" 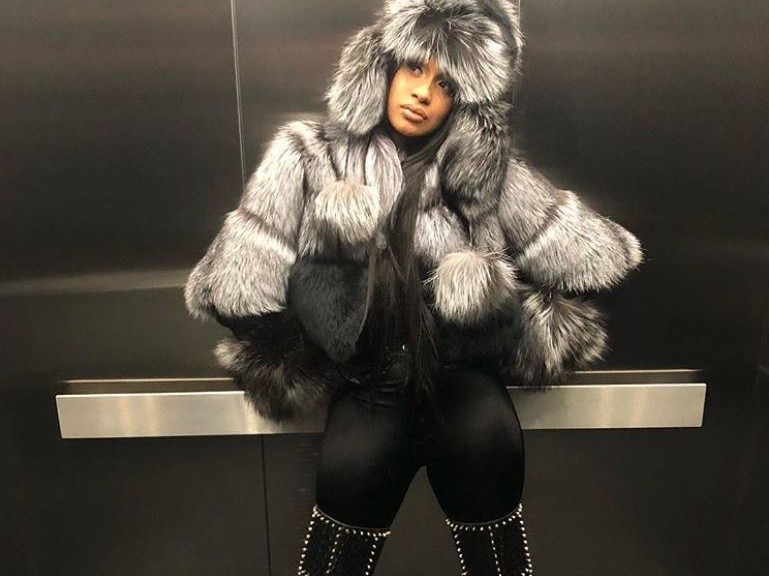 Bronx star Cardi B tackled a plethora of hard-hitting topics during a newly released interview with i-D magazine, candidly sharing her thoughts on both feminism and racism.

Cardi offered her personal definition of what it means to be a feminist, explaining that pure book-smarts aren’t required to fit the label.

“Being a feminist is such a great thing and some people feel like someone like me can’t be as great as that,” she explained. “But then some people are smart but they don’t have no common sense. They think feminism is great and only a woman that can speak properly, that has a degree, who is a boss, a businessperson … they think only Michelle Obama can be a feminist. But being a feminist is real simple; it’s that a woman can do things the same as a man. I’m equal to a n****. Anything a man can do, I can do. I can finesse, I can hustle. We have the same freedom. I was top of the charts. I’m a woman and I did that. I do feel equal to a man.”

Who told my stylist i will never be in the cover of I-D Magazine ? Yea eat a cold frank !

Switching over to matters concerning race, Cardi explained she believes that with the current state of America, the success of people of color is scary to some. She specifically stated that those people are “scared of the intelligence of the minority.”

“Of course the success of people like me scares people, that’s why they belittle us,” she said. “If you’re a little scrawny man raised in a trailer in Alabama somewhere, of course you’re scared right now. That’s why they own guns! They’re scared of the intelligence of the minority. They scared of that shit. We have broken these rules a lot of times. In America, I always look at the charts. Hip Hop is always there. We are controlling the music industry. We control the fashion world.”

After Cardi B’s interview with i-D magazine was published, she shared a photo from her photoshoot and offered a message of hope to young girls.

I’m not trying to be this “ROLE MODEL” to these young girls because I’m very rated R and I’m not a perfect person.I wouldn’t want to change for nobody neither .I do however want to remind girls from any age that i was a young girl like them from the STREETS +MUD=BRONX where you dream big but it seems like dreams don’t come true .I want to let them know that dreams do come true with hard work and prayer! @i_d MAGAZINE