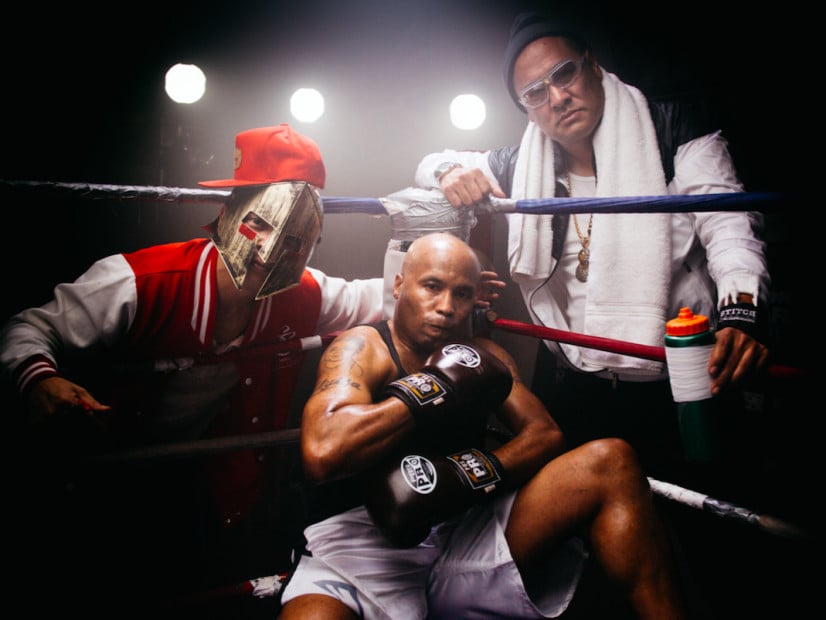 After announcing their reunion last April, Kool Keith, DJ Qbert and Dan The Automator — otherwise known as Dr. Octagon — have unveiled the first single from their forthcoming album, Moosebumps: An Exploration Into Modern Day Horripilation.

Titled “Octagon Octagon,” the track has harnessed the undeniable chemistry the trio displayed with its inaugural album, Dr. Octagonecologyst, back in 1996. DJ Qbert provides the scratches, Dan is on the beat and Keith flexes his verbal dexterity throughout the four-minute offering.

Moosebumps: An Exploration Into Modern Day Horripilation marks the trio’s first album in 22 years and is expected to arrive on April 6.

(The original version of this article was published on February 3, 2018 and can be found below.)

Hip Hop stalwarts Kool Keith, Dan The Automator and DJ Qbert — collectively known as Dr. Octagon — delivered their magnum opus, Dr. Octagonecologyst, in 1996. Shortly after its release, the three parted ways to work on other endeavors.

But last April, Dan The Automator revealed there was at least some new Dr. Octagon material on the horizon. Now, Kool Keith confirms Dr. Octagon’s first official album in over 20 years is, in fact, finished and on its way.

When asked when it would be released, Keith told HipHopDX, “It’s out in a couple months. People thought me and Automator weren’t friends after the first album and Qbert went on to DJ alone. We took a break but then decided it was time to get back together.”

A heightened interest in the group was likely sparked last year when Dr. Octagon reunited for a handful of shows in California and Get On Down Records reissued a special 20th anniversary edition of Dr. Octagonecologyst.

Despite Dr. Octagon’s lengthy hiatus, Q, The Automator and Keith have stayed busy over the years. Keith dropped his most recent solo album, Feature Magnetic, in 2016. Q revitalized his Turntable TV series via Facebook last year and has been performing with his Invisibl Skratch Piklz brethren, while The Automator worked on projects like Deltron 3030 with Del The Funky Homosapien.