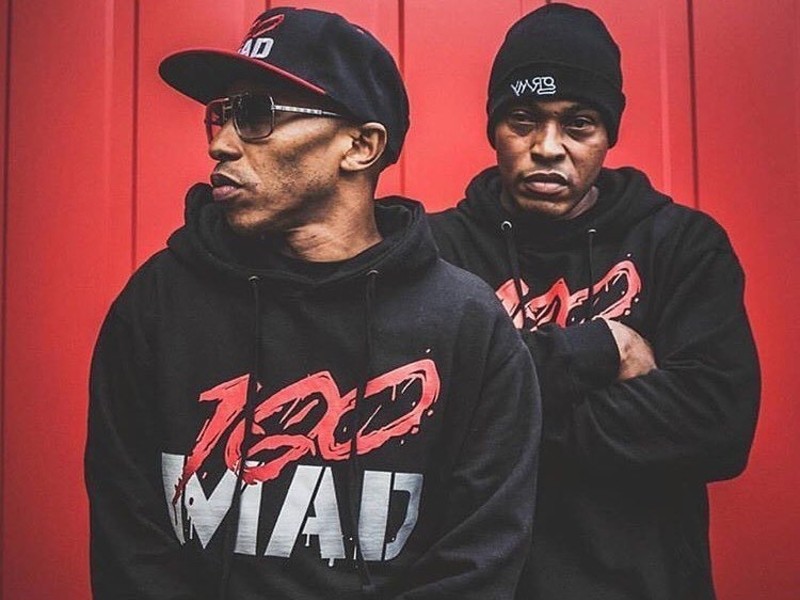 Onyx’s new album, Black Rock, has arrived at a difficult time for the group. Earlier this week, Chylow “Chyskillz” Parker — the producer behind Onyx’s platinum-selling debut Bacdafucup — passed away due to a heart attack.

Sticky Fingaz and Fredro Starr’s follow-up to 2014’s Turndafucup features 12 tracks. Skyzoo and R.A. The Rugged Man are among the notable contributors to the LP.

Check out Black Rock’s stream, cover art and tracklist below.

(The original version of this article was published on January 22, 2018 and can found below.)

Onyx, the platinum-selling group behind ’90s classics like “Slam” and “Throw Ya Gunz,” is ready to give Hip Hop fans another dose of some hardcore rap. Sticky Fingaz and Fredro Starr are scheduled to release a new album, Black Rock, on February 16.

The LP will feature 12 tracks with guest appearances by R.A. The Rugged Man and Skyzoo. The album, which shares its title with the group’s 2009 single “Black Rock,” is Onyx’s follow-up to 2014’s Turndafucup and first release since Shotgunz In Hell, a collaborative project with Dope D.O.D.

Check out the cover art and tracklist for Black Rock below.