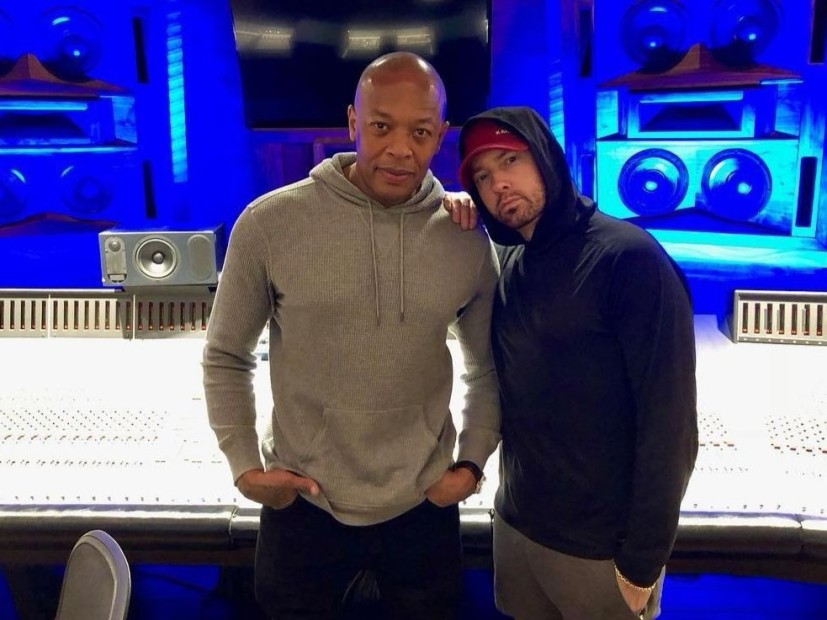 Eminem, Dr. Dre & Mike WiLL Made-It Are In The Studio Together

Judging by Mike WiLL Made-It’s most recent Instagram post, it’s safe to say the talented producer is hyped about his current situation. Alongside a photo of himself in a studio with the location marked 8 Mile West in Detroit, he quoted some of Eminem’s lyrics from 2002’s “Lose Yourself.”

“I ONLY NEED 1 SHOT I WONT MISS MY CHANCE TO BLOW , CAUSE OPPORTUNITY COMES ONCE N A LIFETIME, STILL HUMBLE, ON GOD!,” he wrote on Monday (January 22).

Amid the same backdrop, Slim Shady, who just released his ninth studio album Revival, posted a photo of himself with his longtime collaborator Dr. Dre to social media on Monday morning (January 22), making it obvious all three of them are in the studio together. Em captioned the photo, “Still Aftermath!”

In addition, Mike WiLL also uploaded a video of himself with Dre and Em to his Instagram story that 100 percent confirms they are cooking something up together.

In the video, Dre says, “Mike Will, real mother fucking Hip Hop” to which Em jokes, “Fake Hip Hop here” as the camera pans over to him. It’s unclear what exactly they’re working on, but Dre did recently mention he was “working on a couple songs” when asked about his long awaited Detox project.