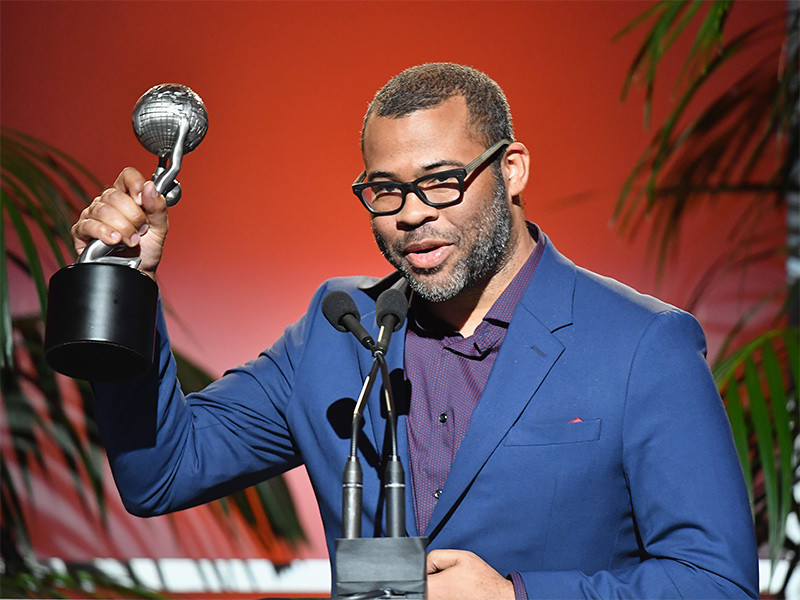 Jordan Peele, Kendrick Lamar, SZA, Mary J. Blige, and LL Cool J are all winners at the 49th NAACP Image Awards, which air Monday (January 15). The ceremony is to be held at Pasadena Civic Auditorium, and while the results of 47 categories were announced Sunday (January 14), the remaining nine winners will be honored in the telecast.

After a fruitful 2017 with the release of her debut studio album Ctrl, fellow TDE member SZA took home the award for Outstanding New Artist.

Fresh off multiple Golden Globe nominations and a Hollywood Walk of Fame star, Mary J. Blige won for Outstanding Female Artist. Meanwhile, LL Cool J is being recognized not for his music, but for his television work, winning for Outstanding Host in a Reality Competition award for his hosting of Lip Sync Battle on Spike.

Other winners of the evening include Jordan Peele for Get Out and Tiffany Haddish for Girls Trip. The award show honors African-American achievement in Arts and Entertainment, specifically Film, Television, Literature, and Music, and has been presented annually since 1967.

See more of the awards below or on the NAACP Image Awards website.

Entertainer of the Year: Ava DuVernay

Outstanding Actor in a Motion Picture: Daniel Kaluuya, “Get Out”

Writing: Jordan Peele, “Get Out”

Directing in a Motion Picture: Jordan Peele, “Get Out”

Music Video/Visual Album: “That’s What I Like,” Bruno Mars

Directing in a Dramatic Series: Carl Franklin, “13 Reasons Why”

Directing in a Television Movie or Special: Allen Hughes, “The Defiant Ones”

Documentary: “The 44th President: In His Own Words”

Host in a Talk or News/Information Series or Special: Roland Martin, “News One Now”

Writing in a Television Movie or Special: Abdul Williams, “The New Edition Story”

Debut Author: “No One Is Coming to Save Us,” Stephanie Powell Watts

Biography or Autobiography: “Becoming Ms. Burton, From Prison to Recovery to Leading the Fight for Incarcerated Women,” Susan Burton and Cari Lynn