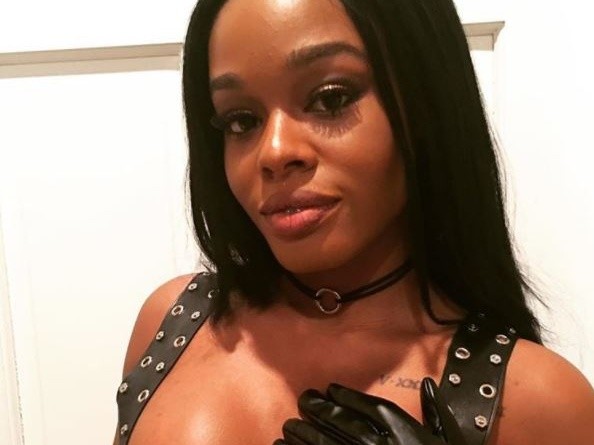 Harlem musician/actress Azealia Banks has never been one to hold her tongue, and she further proved that by lashing out at Joe Budden and Charlamagne Tha God this week.

Banks appeared to be frustrated at the This Year Was Dope/Trash co-hosts for their recent criticism of Nicki Minaj. The Love Beats Rhymes star began her slander by taking aim at “Burden” and “his very dry typical rap nigga story.”

While banging the gavel on the best and worst artists of 2017 for Revolt’s year-end special, both Budden and Charlamagne agreed that Minaj was one of the “trash” artists of the year.

Budden even went so far as to state that Minaj “is high on the trash list.”

Banks didn’t stand for the slander, posting a long rant in screenshot form.

“Joe wanted to be memphis bleek so bad That when it seemed like he could be jay-z’s rap side kick he gave up on the dream all together,” Azealia Banks wrote on social media. “But it SERIOUSLY makes me sick to my stomach to see @cthagod and joe burden get pleasure from tearing this black woman down because they are LEGIT LYING TO THEMSELVES.. every comparison they make is a FARCE.. not cardio not remus are fucking with nicki on her off day.”

#azealiabanks is mad at #joebudden

With her commentary on social media, Banks continued to defend not only Minaj, but female rappers in general.

“It’s like all these talking heads keep talking down on women in rap like female rappers are pets and not people. Female rap is not a fucking novelty,” she wrote.

Despite Banks’ swift defense of Minaj, the two were once at odds. Just last year, Banks criticized the Queens rapper over both her body and her bars.

The two made amends relatively recently, with Banks apologizing for the “catty shit” in a publicized direct message conversation with Minaj.

Joe Budden has yet to respond directly to Banks’ slander.