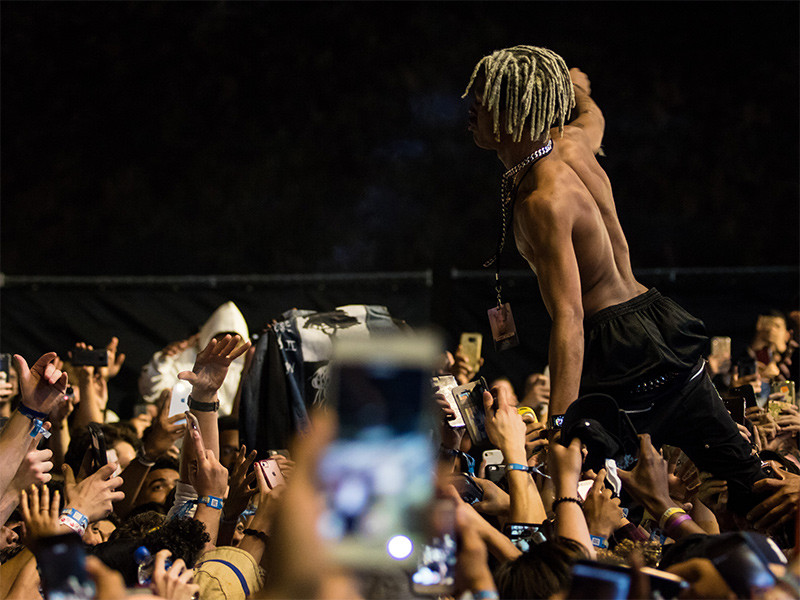 XXXTENTACION Just Initiated All His Fans Into His New Cult

Controversial Florida rapper XXXTENTACION appears set on spreading positivity after last week’s dustup with members of Migos’ entourage. He’s now revealed that his fans are no longer fans, and are instead members of his cult, according to a series of video messages recently uploaded to social media.

He continued to expand of the important of thinking creatively while including screen text that suggested his  cult members should join the circus or learn a trade if they didn’t want to work a more traditional job.

#xxxtentacion says he wants to start a positive cult.

He then went on to defend his generation, explaining that it’s not their fault if the previous generation is responsible for starting wars and other “stupid shit.”

“I lowkey realized the previous generation really can be blamed for mad shit,” he said. “Like we’re out here about to start mad wars. Do mad stupid shit. And you expect the kids not to retain this type of attitude. And you expect the kids to be on some different shit when we’re not teaching them to be. The only way to have a positive future is to learn to love. Love is compromise. Love is understanding. Love is basically finding the other option, other than spreading hate, ideally.”

XXXTENTACION is scheduled to face charges of aggravated battery of a pregnant woman, domestic battery by strangulation, false imprisonment, and witness tampering in December.