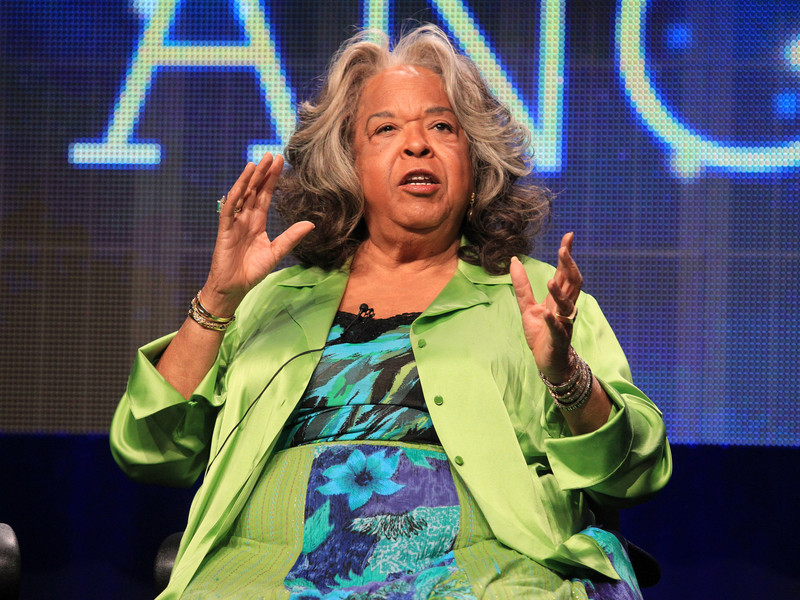 The entertainment world is mourning the loss of beloved actress/singer Della Reese, who passed away on Sunday (November 19) at the age of 86. Though many fondly remember Reese for her role as Tess in the ABC show Touched By An Angel, many in the Hip Hop community best know her for playing the role of Vera in the film Harlem Knights.

The iconic scene in which Vernest “Quick” Brown (Eddie Murphy) accuses Vera (Reese) of stealing, which results in a hilarious fight, was recreated by Busta Rhymes and comedian Mo’Nique for the “Pass The Courvoisier Part II” featuring Pharrell and Diddy.

Many Twitter and Instagram users shared the original clip as a tribute upon learning of her death. Some notable friends of the late star also shared kind words and memories.

The Supreme #DellaReese thank you!

Today is not shaping up to be the best of days. Della Reese dies at 86 https://t.co/oEnbkFMPga

DELLA REESE WAS A GENUIS. HER RANGE AS AN ACTOR WAS ENDLESS. I REMAIN HEAVILY INFLUENCED BY HER WORK. SHE EFFORTLESSLY STOLE EVERY SCENE IN HARLEM NIGHTS FROM ICONS. GONE NEVA 4GOTTEN MY QUEEN #dellareese REST IN POWER?? pic.twitter.com/BHkDu9y5Cd

Saddened to hear of the passing of Della Reese. I’ve enjoyed her artistry as long as I️ can remember. May God grant her to Rest In Peace.

The Beautiful Soul #DellaReese ?? Thanks for allowing us to be touched by an Angel. #RIP Soar in Glory.

Aside from her fruitful acting career, which also included roles in urban films like A Thin Line Between Love and Beauty Shop, Reese was an accomplished musician. She began her career as a singer at the young age of 13, discovered by gospel legend Mahalia Jackson. Throughout her life, she released a total of 18 solo studio albums.

She was also a trailblazer; Reese was the first black woman to host a talk show, long before Oprah Winfrey. Her show Della ran for 197 episodes between 1969-1970, propelling her career to new heights.

“The world has lost a huge talent,” Reese’s rep said in an official statement on her client’s passing. “A successful actor, singer, writer and more for decades. Her life was difficult at times with illness and loss, but her cup was never ½ empty … and it wasn’t half full. It was overflowing with goodness and love for everyone.”

We here at HipHopDX extend our deepest condolences to Reese’s friends and family.