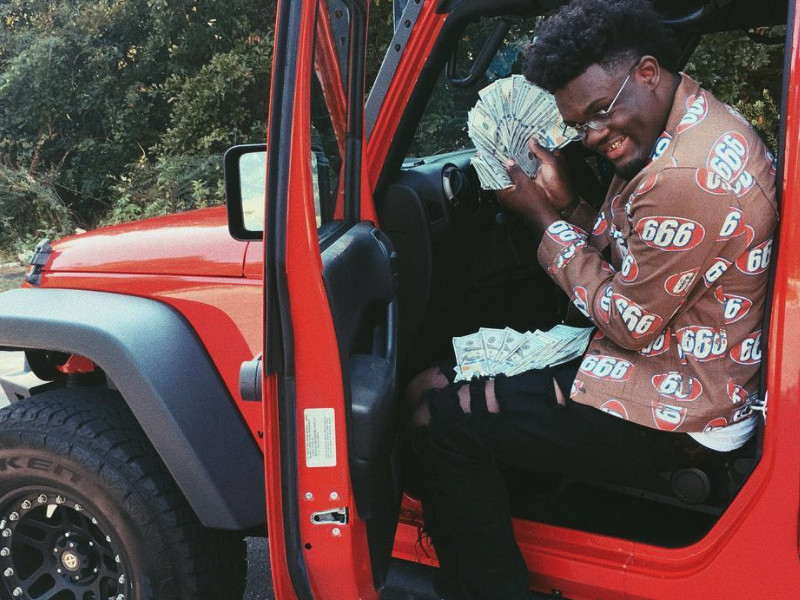 Ugly God Has A Message For XXXTENTACION In Social Media Dustup

Ugly God addressed a perceived beef with the always controversial XXXTENTACION on Sunday (November 12) following a social media rant from the “Look At Me!” rapper.

“This is not no beef shit,” Ugly God said in the short but direct video clip. “That’s not me being scary. That’s me being mature. ‘Cause I’m not scared of no nigga, you feel me.”

#uglygod taking the mature approach with the situation with #xxxtentacion

The situation unfolded after Ugly God posted “Free X” in response to a rumor that the rapper had been arrested in Las Vegas for allegedly punching a middle-aged woman in the face. After a slew of screenshots and comments, X seemed to confuse the source and blamed Ugly God for starting the rumor.

X proceeded to block Ugly God and post a rant on Twitter, complete with some explicit threats — as per his usual aesthetic.

“I seen your little remarks about rap niggas being jealous,” Ugly God notes in his video. “We capitalize on the same shit … I do not envy your life, bro.”

The “Water” rapper continued by pointing to his peer’s snap responses to situations instead of thinking before ranting.

“The reason you’re so impulsive based on your emotion, bruh, does not make sense to me,” he said. “But then again, I don’t know what you’ve been through.”

Ugly God concluded his message by noting how the misunderstanding could’ve been avoided with a simple phone call.

“All you needed to do was hit me up,” he told X. “I forgive you and I hope you forgive me.”

X had a change of heart, deleting his rant and leaving only one tweet.

“But forget everything I said, thats just my demon speaking, trying to bring the worst out of me, but It wont happen, my intentions are pure,” he wrote.

but forget everything I said, thats just my demon speaking, trying to bring the worst out of me, but It wont happen, my intentions are pure