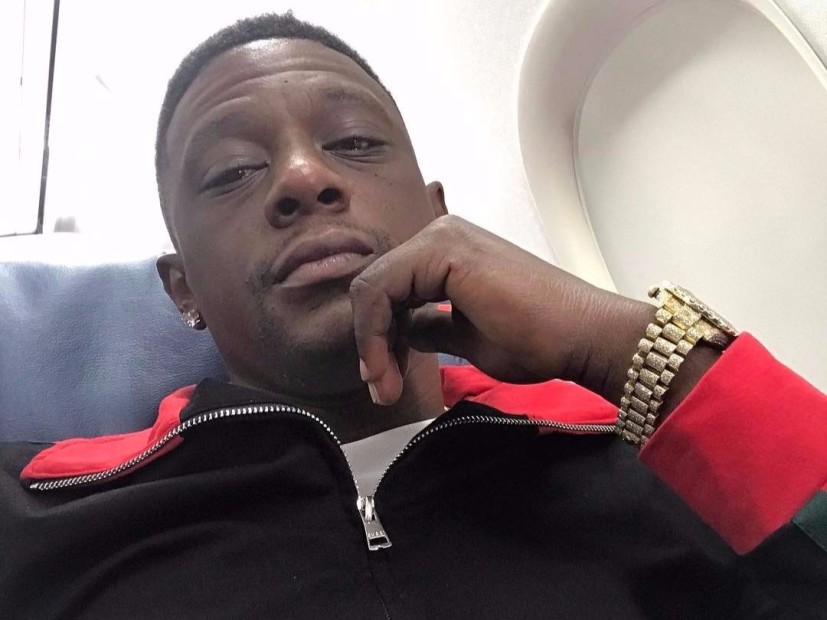 Gardena, CA – A drone caught footage of a shooting that took place at a Boosie Badazz concert in Gardena, California on Friday (November 3). In a video obtained by TMZ, a man in a blue jacket is seen raising his arm before he begins to shoot.

As the shots ring out, the crowd quickly begins to disperse. There appears to be multiple people fleeing the scene with weapons in hand.

Two people were reportedly taken to the hospital with non-life threatening injuries and several others in the crowd were also hurt. Boosie was in town performing at Chopper’s Den Motorcycle Club.

Police have been unable to track down any suspects.

(The original version of this article was published on November 4, 2017 and can be found below.)

Law enforcement said the scene was “chaotic” upon arrival. Officers took a report for assault with a deadly weapon, but have been unable to track down any suspects. So far, no arrests have been made.

Boosie posted video of the concert on Friday night that shows an altercation in the middle of the crowd.

“They say Cali crazy n sometimes ……… they was fighting the whole night/they showed me nothing but love tho,” Boosie wrote in the caption.

COMPTON ?They say Cali crazy n sometimes ……… they was fighting the whole night ??????/they showed me nothing but love tho????

In a follow-up video, he shows footage of the event as he’s leaving, but he’s all smiles, seemingly unaware that a shooting even occurred.

“All these fucking bikers, all these bikes and shit out here,” he says, “Yeah this bitch so motha fuckin’ packed .. real niggas fuck with real niggas. I got this shit lit in Cali. Five-thousand motha fuckas.”

Check out his videos above.