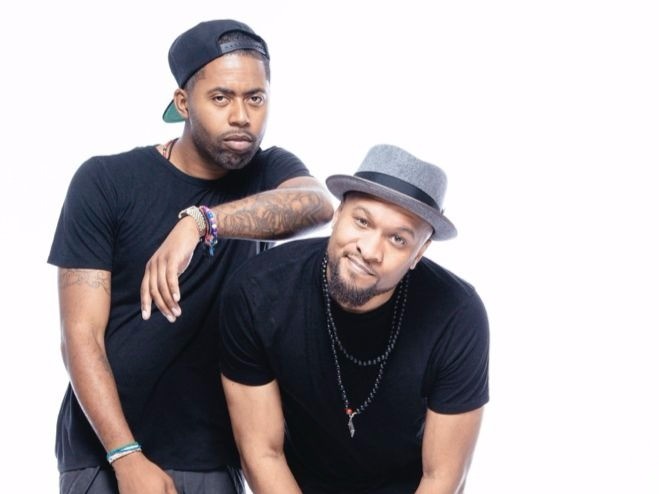 While a student at University of Michigan, Ro Spit was DJing for Binary Star somewhere in Ann Arbor when he was told about a local crew called Athletic Mic League. After performing at the same show, Ro moved in with the Hip Hop collective, which naturally led to a collaboration.

“We started working together one summer when I was living in a house on University of Michigan’s campus with them [Athletic Mic League],” Ro tells HipHopDX. “It was crazy, just some super broke college vibes. That’s around the time when I first started rapping, and as a young MC, getting props from some cats that I respected and looked up to was everything to me.”

Fast-forward to 2017, and Ro and one of Athletic Mic League’s members — 14KT — are RSXGLD. Following a handful of singles/videos, they’ve dropped their self-titled debut album under their RSXGLD moniker.

Boasting 12 tracks, RSXGLD features guest spots from notable artists like Elzhi, Denaun Porter, JMSN and Royce Da 5’9. Nickel Nine, who they refer to as the “triple O.G. homie,” appears on the track “True.”

“Royce always shows love,” Ro explains. “He’s a genius. It’s surreal just to see him at work. I went and played him the album right when we were almost finished, and I noticed him kind of mulling bars when I played ‘em the beat for ‘True.’ At that point, I knew he really liked that record.

“All of the other songs he vibed to and showed love, but that one he really interacted with,” he continued. “I asked him if he could fuck with it and he said, ‘Yeah.’ What made it even doper is that he and KT have never worked together before, so I was glad to help facilitate that collaboration.”

Ro and KT’s natural chemistry shines through on every track. It’s clear they’re in it more for the love of music than the accolades that often come along with a rap career.

“I just want to reach the people who are interested in hearing and supporting the music,” he says. “I’m not focused on force feeding my art to anybody. I’m focused on the people that naturally rocks with either of our movements, whether it be as solo artists or as a collective. I’m trying to give those people, whether it be one, or one million, the best product I can possibly give them.”