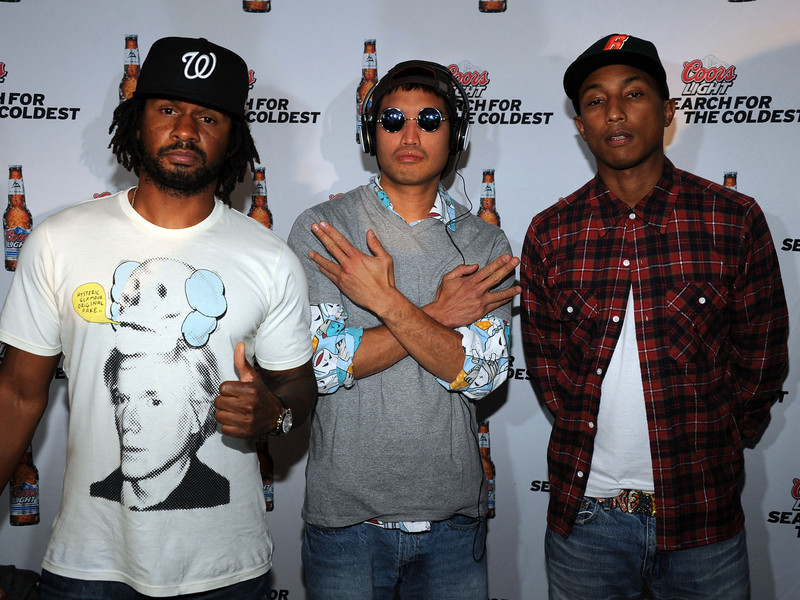 N.E.R.D continue to roll out the details for their fifth studio album, their first new project as a trio since 2010’s Nothing.

Fans heard a live version of the album, titled No_One Ever Really Dies, in its entirety at ComplexCon earlier this month, and now the studio version is set to arrive December 15, according to a tweet from the group’s official account.

Check out the tweet below for the release date and what appears to be the album cover and scroll down for the full tracklist and more info.

(This article has been updated. The following was originally published November 5, 2017.)

Speculation has become reality. After teasing fans about a return and releasing the Rihanna-assisted single “Lemon,” N.E.R.D. debuted a new album during its Saturday (November 4) performance at ComplexCon.

No release date was announced for No_One Ever Really Dies but an official tracklist for the LP has surfaced. The album features 11 tracks with guest appearances by Kendrick Lamar, Andre 3000, Future, Rihanna, Wale, Gucci Mane, M.I.A. and Ed Sheeran.

.@NeRdArMy premiered their new album for the #ComplexCon crowd tonight, including a “Don’t Don’t Do It” ft. @kendricklamar pic.twitter.com/MdQvFc04lx

Check out snippets of N.E.R.D.’s new music above and the No_One Ever Really Dies tracklist below.

(The original version of this article was published on October 30, 2017 and can found below.)

The return of N.E.R.D. is starting to look like a reality instead of a fantasy.  The group has ramped up the hype for their reunion with series of cryptic messages popping up online and in street ads.

The message “No_One Ever Really Dies” was seen at the sixth annual Camp Flog Gnaw Festival and on billboards around the world. It’s also been implemented across N.E.R.D.’s social media platforms. The avatars for the band’s Twitter and Instagram accounts also feature “No_One Ever Really Dies.” Their Twitter account currently features no posts while the Instagram has nine pictures that combined to form the N.E.R.D. logo.

The group’s Facebook uses the phrase in its profile picture and banner photo. The N.E.R.D. website includes the words in large print with a barebones page that allows users to join a newsletter.

Chad Hugo, Pharrell and Shay Haley have not released an album as N.E.R.D. since 2010’s Nothing. The trio last performed together in 2014 but are scheduled to reunite for a performance at ComplexCon 2017, which takes place on November 4-5 in Long Beach, California.

Pharrell has previously said the band will release a fifth album “when it’s time.”