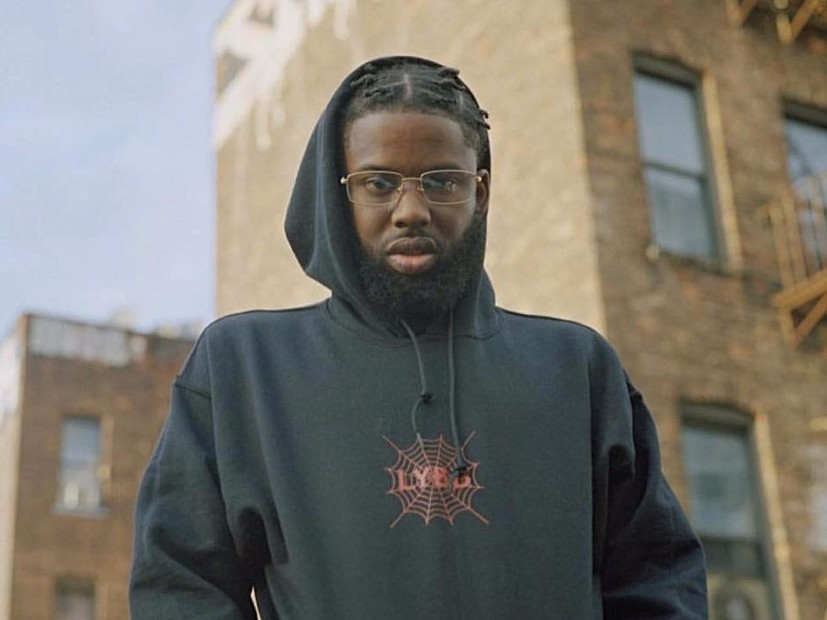 “A$AP MOB, WHAT TIME IS IT?” was the recurring question of the evening at The Shrine Expo Hall in Los Angeles on Tuesday (October 24). The group pushed hard during its “AWGEST (August): Month of the Mob” campaign, kicking off the month-long takeover with A$AP Twelvyy’s 12 debut album, following it up with A$AP Ferg’s Still Striving and the crew-effort, Cozy Tapes Vol. 2. Those efforts have been rewarded with a sold-out 20-city tour.

With 12, Twelvyy aims to prove why he deserves the A$AP moniker in his name. Contrary to what many may think, Twelvyy is actually one of the founding members of the Mob and was handpicked by the late A$AP Yams himself.

Twelvyy’s “Hop Out” video currently sits at over 2 million views on YouTube — but to him, that’s nothing. He wants more. HipHopDX spoke with Twelvyy to discuss why his debut project took six years to be released, A$AP Yams, the pros and cons of social media, and more.

HipHopDX: For those who don’t know, who is A$AP Twelvyy?

Twelvyy: For those who don’t know, A$AP Twelvyy is Jamel and Jamel is A$AP Twelvyy. And that’s somewhere along the lines of jumping off the edge and climbing down. I’m on the fence about it. It’s all over.

DX: What’s your role in the Mob?

Twelvyy: My role in the Mob is to keep the Mob extremely militant. I’m like the general, or enforcer. Ya dig?

Twelvyy:  That’s my big bro. I admire his hustle. We come from the same place. We damn near twins, but that goes for me and all my brothers. Our loyalty runs deep. This is more than just music and clothes and money to us. This is us really being brothers and taking it to another level. You got the King Cozy, J Skiddity [J.Scott], and I love him like I love Rocky. I love him like I love Lou. It’s all equal love. Yams Gang.

DX: What’s the best thing you learned from Rocky?

Twelvyy: How to stay cozy and how to stay super business minded. And open minded. And shit man, it’s an infinite hustle with him. It’s like a universe with that dude. With all of us. So it’s a lot man.

DX: The “Hop Out” music video with Ferg is up to 2.3 million views. How you feeling?

DX: Who you calling mumble rap?

Twelvyy: I ain’t calling nobody mumble rap. I don’t listen to nobody rap except A$AP Mob, TDE, Pro Era …

DX: Did you see Belly named his project Mumble Rap?

DX: How was filming the music video for “Hop Out?” Shit looked lit.

DX: “Hopped up out the Porsche … eating calamari”… Is this the lifestyle you’re living now?

Twelvyy: I’ma come clean. I hopped out a Porsche at SXSW. It was rented. Years ago, Lou Banga rented it. So it’s not really about being in a Porsche, Ferrari or Lamborghini. It’s just having that drive mentality. But it’s also about hopping out that. Like I can hop out that, hop on the train or hop in the Uber X. I really want a Prius. [laughs].

DX: Do you live that luxurious life though?

Twelvyy: Right now? Nah. I got a gangsta-ass MetroCard. I don’t got my own license. But what I do got — I got a driver.

DX: How’s your relationship with Ferg?

Twelvyy: I love Ferg. Ferg give you the energy to wanna hop out a Porsche. That’s my big bro. That’s the Trap Lord. He’s been striving right now, you hear that “Plain Jane” shit. He’s the true lord. See Ferg and Rocky on they super bougie shit, they expensive taste shit. I’m the dude still hopping out of Lincolns and shit like that.

Twelvyy: A day in my life? I’ma wake up. I’ma do some push ups. I’ma eat a salad.  Play that [Nintendo] Switch that my bro just bought me. I might do a little bit of all that, you feel me? A little gaming, a little twitching, a little reading, a little writing. No ice cream —  I’m trying to stay away from sweets and dairy products. I’m trying to honestly just go green. I’m trying to live to see 212 years old.

DX: Are you vegan?

Twelvyy: I don’t want to put a title on myself, but I want to go green. I want to live forever.

DX: Speaking of, you’ve been in the rap game for 10 years. What’s your end goal?

Twelvyy: Honestly, to either coach the Knicks or even to be in the dugout for the Yankees. I want to be a Steinbrenner. But as far as Hip Hop, I feel like … I ain’t gon’ lie — I don’t get the respect I deserve. I don’t really give a fuck about what opinions come with this rap shit ‘cause you got people like the Needle Drop talking about me. And why his opinion count? [laughs].

DX: What would you do if you weren’t rapping?

Twelvyy: If I wasn’t A$AP Twelvyy, I’d be Jamel Phillips, a district attorney. I’d be out here freeing POWs and shit. And not from the war — from the war we got on our communities and our hoods and shit like that. I’d be protecting our communities and our beautiful culture because it’s under fire right now, B. You got these vultures eating these kids up. You got these kids selling they whole database for a SoundCloud hit. And then these kids just be dumb. These kids don’t even read books. You know how I know? Because I be having kids around me doing they thug thizzle. They be getting money, but then they intellect don’t be right. I be on my lawyer shirt. I just be on my education. Matter of fact, I want to be the head of the Board of Education for New York City, B. Holla at me!

DX: If A$AP Yams was here today, what would he say to you?

Twelvyy: Long live A$AP Yams. If Yams were here today, he would tell me, “Twelvyy, cut your fucking hair! You buggin’ right now! You buggin’ B.”

DX: And what would you say to him?

Twelvyy: And I would be like, “Bro, I love you my G. I’m just tryna be like you and get the cornrows going!” Shit like that.

DX: I saw you recently tweet to “stay off social media.” What was that about?

Twelvyy: I’m not gonna say I was immature, but I could have handled the situation very, very differently. Let me apologize to the young kids, my fans, my friends, and people that don’t even like me. I might get you to view me in a different light. My record, ‘Last Year Being Broke’ — LYBB shit — it’s not about money. It’s about the message. It’s about the message of forward thinking ’cause I feel like everybody got this “fashion forward” thinking, so if you mix the fashion with a message, then they’ll probably push it forward.

So, I’m doing what I gotta do and I make a release. Some kid, I know they doing it for clout, came at me on some, “Pimp C wouldn’t approve.” Whoa. You talking about somebody that’s not even here. Hey. Whoa. Chill out. Slow down. Re-track. My immature ass picked a tweet that they had. So they had a tweet, this is me being real. Twitter is dangerous — you can lose your whole career over a tweet, be careful y’all. But ya’ll know I’m too gangsta for that — I don’t let no internet shit destruct my armor.

So this is what I told the person, honest to God. They had a tweet that said they were feeling kinda depressed and funky. But I know they were doing it for clout. Because they was one of them people that had like 1,700 followers and only followed like 73 people. So I know what you trying to do, you trying to get your retweets up. Feel me? I’ve been depressed. I’ve been in dark stages. My bro died, my grandma died, I had all types of losses. Think about it. It took me six years to drop my own album.  If you don’t think I’m depressed and going through shit, you’re bugging out. So look, I said what I had to say.  I told them, “Man up pussy!” That’s how I feel it should be.

I might have been wrong for saying that to him. Y’all be dealing with depression because your girlfriend don’t wanna go out with you no more. That’s not depression — that’s emotion! Man up, bro. It’s real problems out here. We got real issues. The government is terminating on sight, the population is under control, the water is fucked up. You can’t even look at the stars. Is those real stars? You got jet trails and shit out here. But y’all mad at me for telling somebody, “Man up pussy?” I’m staying off the internet.

DX: Being from New York, what do you think about the A Boogie [Wit Da Hoodie] jumping Lil B situation?

Twelvyy: No comment … You know, I’ma say it like this: Lil B held that situation down. How he reacted afterwards, I commend you. And I admit, A Boogie you must be frustrated with a lot of people in the game. But as young men — young militant men and kinsmen — we gotta come together. So, love to Lil B, love to A Boogie, love to PnB Rock, love is love, B. BasedGod forgives all.