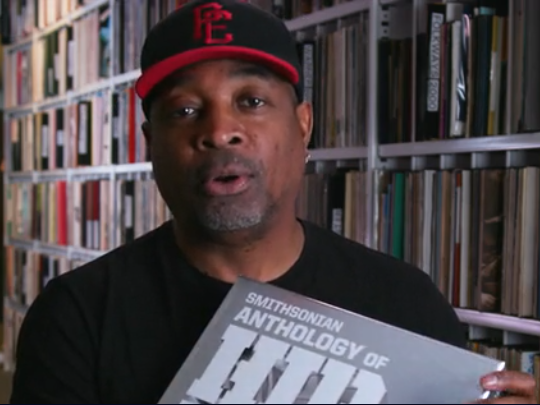 The Smithsonian Institution has launched a Kickstarter campaign in an attempt to help raise funds for their mammoth anthology dedicated to Hip Hop music and culture.

Today we launch a 30-day @Kickstarter campaign to produce a @Smithsonian Anthology of Hip-Hop & Rap with @Folkways! #HipHopHistory pic.twitter.com/atGdLiAAsB

The collection – titled Smithsonian Anthology of Hip-Hop and Rap – will include over 120 songs across nine CDs, as well as a 300-page book that contains essays, extensive track-by-track liner notes and never-before-published images. It will be the first collection of its kind to include music from all the major labels as well as dozens of independent record labels.

The anthology is a collaboration between the National Museum of African American History and Culture and Grammy Award-winning record label Smithsonian Folkways Recordings. The project is described as “a cultural statement told through music, text and powerful visuals.”

“The Smithsonian Anthology of Hip-Hop and Rap will illustrate different social and political trends within the genre, such as police brutality, feminism, and Afrocentrism,” the project’s Kickstarter page says. “It will explore these themes through music from old school pioneers like the Sugarhill Gang and Roxanne Shanté to artists of today like Kanye West and Nicki Minaj — and four decades’ worth of essential names in between.”

The anthology is being developed by the Smithsonian in collaboration with an advisory board made up of a number of Hip Hop stars, including Chuck D, MC Lyte, Questlove and 9th Wonder.

The anthology is currently scheduled to drop in December 2018. However, if the $250,000 goal isn’t met, the release will be pushed back until they’re able to get the money.

“If the funding goal is not met, we’ll remain dedicated to producing the Anthology, but it will be delayed until the required funding is secured,” organizers write.