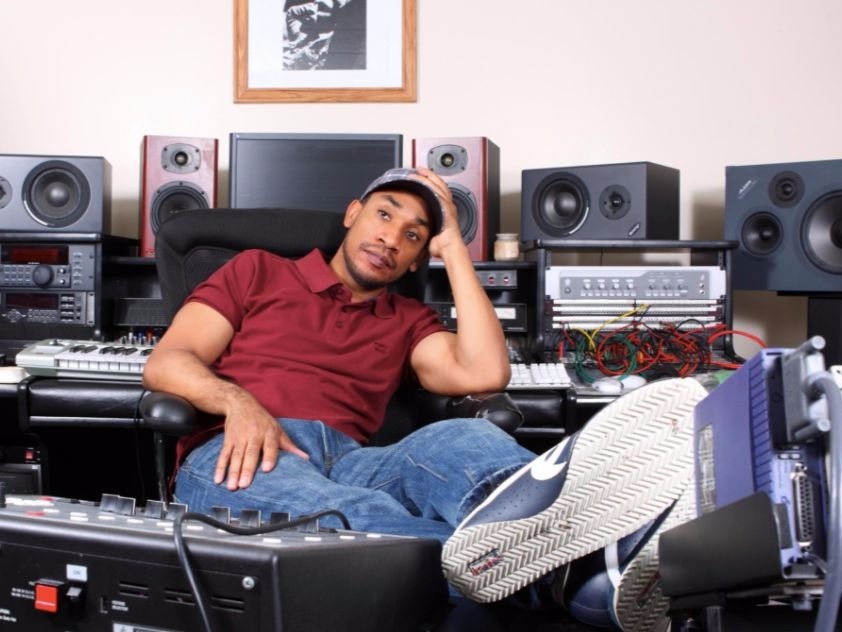 Prince Paul Delivers Revision Of 2003's "Politics Of The Business"

DJ Prince Paul — renowned for his work with De La Soul, Handsome Boy Modeling School and Gravediggaz — kicked off his career as a founding member of Stetsasonic. The Long Island native went on to become one of Hip Hop’s most respected producers/DJs, releasing several solo albums and collaborations with an endless roster of celebrated pillars of the culture.

But there’s one album that has troubled him since its release — 2003’s Politics of the Business. So, like any perfectionist would do, Paul has revamped the entire project and delivered it in the form of The Redux.

“This is the first time that I can think of that an artist has taken an album mad years later and just redid the whole thing because they didn’t like it,” Paul tells HipHopDX. “Usually they just live with the record and they move on. They go, ‘Oh, I’ll make my next one.’ But I was like, ‘Nah I’m gonna revise.'”

As Paul admits, “Prince Paul sarcasm doesn’t go well with everyone,” which is one of the reasons he believes the album might not have resonated with people as well as the record he did four years earlier, 1999’s A Prince Among Thieves. Ultimately, it was his label at the time — Tommy Boy Records — that partly slowed down the momentum he’d built from A Prince Among Thieves.

“It was a long conversation with Tommy [Boy] because I put out A Prince Among Thieves and they really didn’t support it,” he explains. “It kinda hurt my feelings. I did the work on this record [A Prince Among Thieves] and it just sat at Tommy’s desk for a year — literally a year — because they didn’t know what to do with it. I finished it in February ’98 and it didn’t come out until February ’99.”

When he was ready to do another album, he was told to make another record like A Prince Among Thieves, but he knew that was an impossibility.

He admits he was frustrated with the entire process.

“The label told me, ‘Paul, you know, we just don’t sell albums without singles,'” he says. “And I said, ‘Alright, I’m gonna make a silly commercial style record just to be funny and I’m gonna give you exactly what you want.’ I did it out of spite and that’s if you listen to that album, that’s why it has [Dave] Chapelle playing the record executive. I just felt like it got lost in translation and it’s one of the only album I made  that I don’t enjoy from top to bottom.”

The Redux is Paul’s shot at redemption. Packed with 18 songs (and a bonus remix track), the album features a laundry list of established MCs, including the late Guru, RZA, De La Soul, DOOM and Jean Grae.

The De La Soul track, “I Don’t Care,” is one of the only fresh additions to the album and happens to be a favorite of Paul’s. Of course, their history goes back to their childhood — Posdnuos, Dave, Maseo and Paul grew up running around Long Island neighborhoods before going on to create classic albums like De La’s 3 Ft. High & Rising.

“I already had the vocals there for the songs because it’s from the original record,” he explains. “Then there were some things I wanted to add on like the De La song, which is The Good, The Bad & The Ugly track [supergroup comprised of Dan The Automator, De La, The Dust Brothers’ Mike Simpson and Paul]. It’s a track we did in probably 2000 or 2001 that even De La forgot I had.

“I sound very Kanye if I said that I liked everything, but if I was to choose, it might be the YOUNGMAN song [“Girls Wanna Do Me, Guys Wanna Be My Friend”],” he adds. “I think that it’s fun and stupid. I also really like the De La record.”

The intention of The Redux is to not only wipe his conscience clean, but to also help people understand where he was coming from at the time. His circumstances with Tommy Boy was beyond his control and this is his chance to correct it.

“I want people to actually refer to the first record and hopefully give it another chance,” he says. “At the same time, it helps me sleep better. This is an opportunity to sit down and go, ‘Wow, okay. I feel like I did a better justice to all the artist and to my work.”

Check out The Redux album stream, cover art and tracklist below. Free download is available via Bandcamp.