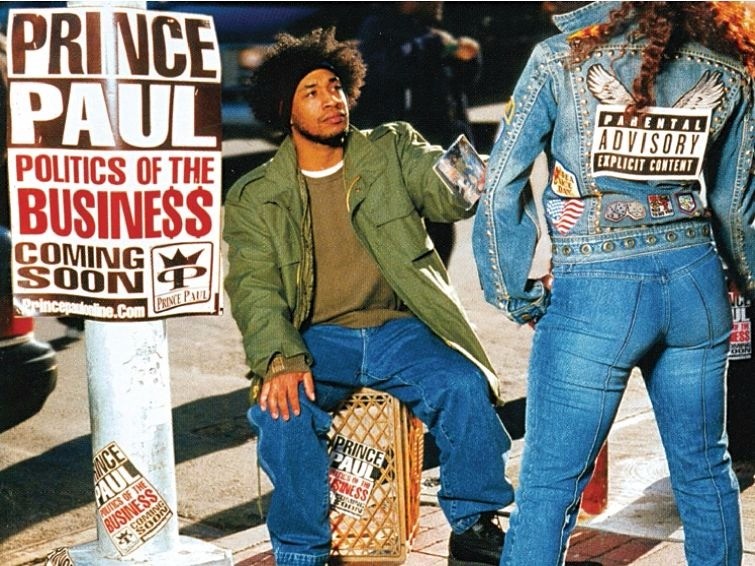 It’s not every day a Hip Hop luminary like DJ Prince Paul — renowned for his work on De La Soul’s seminal album 3 Ft. High & Rising —  decides to remake an entire album. But that’s exactly what the seasoned producer did.

On Friday (October 13), Prince Paul plans to deliver his latest creation, The Redux, a revision of 2003’s Politics of the Business. Back then, the O.G. version served as the follow-up to 1999’s critically acclaimed A Prince Among Thieves, but because Tommy Boy Records sat on the album for a year before finally releasing it, it proved to be a point of frustration for the Long Island native.

“I made the original version kind of out of spite and anger, and it was very sarcastic,” Prince Paul tells HipHopDX. “I think the humor and the idea got lost in translation, so when it came out, people took it literal. It’s funny, out of all the records I made, this is the only one where I’m like, ‘Yeah it could have been better.’ I made it as a joke. I wanted to redeem myself. I didn’t want my legacy to be stuck like that.”

In anticipation of the occasion, Prince Paul has shared a lost single featuring De La Soul titled “I Don’t Care” (circa 2000), as well as the revamped version of “People Places & Things (No I Didn’t)” featuring DOOM, the latter of which he released late last month.

The Redux features many of the star players from the original album, including Ice-T, Jean Grae, the late Guru, Planet Asia, Biz Markie, DOOM, EPMD’s Erick Sermon and Chubb Rock.

Check out “I Don’t Care” and “People, Places & Things (No I Didn’t)” above, and the album art below.