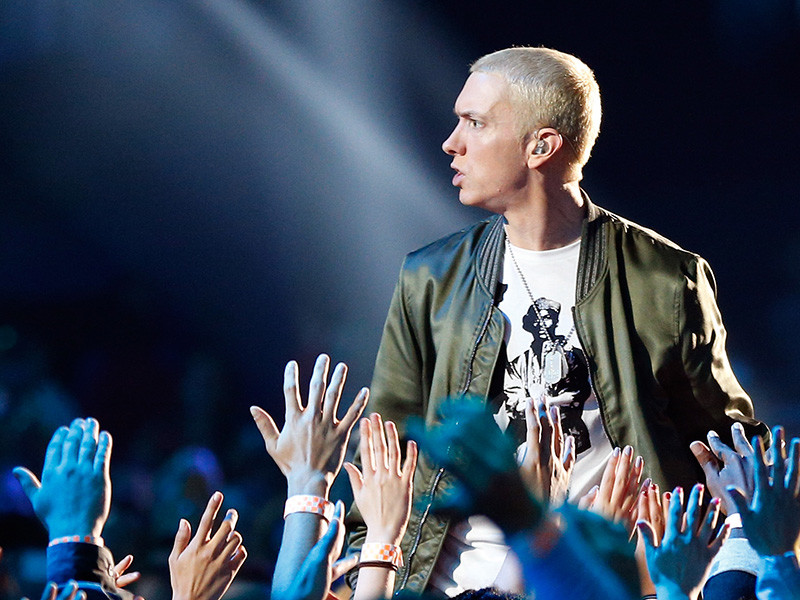 Talk of Eminem’s vicious BET Hip Hop Awards freestyle aimed at Donald Trump has been buzzing since it aired on October 10. Although his next album is rumored to be arriving in November, fans have been eager to get a taste of Marshall Mathers’ latest lyrical escapades.

Fans can get a quick Em fix with “Revenge,” a new track taken from P!nk’s seventh studio album Beautiful Trauma.

Produced by Max Martin and Shellback, the track features P!nk and Em diving into the pains of infidelity. With lines like, “Fuck trying to make amends/ I’d rather take revenge/ By sticking pins in my atrium,” Shady’s verse sounds reminiscent of the style prevalent on The Marshall Mathers LP.

“Revenge” marks the third collaboration between Eminem and P!nk. “Won’t Back Down” came first in 2010 and  “Here Comes the Weekend” followed in 2012.

The vibrant pop singer recently spoke to Lorraine Magazine about how she managed to make the collaboration come to fruition.

“I reached out to him in this case,” she said around the nine-minute mark. “I love him. I’ve always loved him. I think he’s lyrical genius and I just wrote a love letter. I went to studio, I drank a lot of wine. I wrote ‘Revenge.’ I went home and then I drank more wine … I wrote him an email … I just wrote this love letter and he just wrote back, ‘Ok.’ Great. Done.”

Check out “Revenge” below.