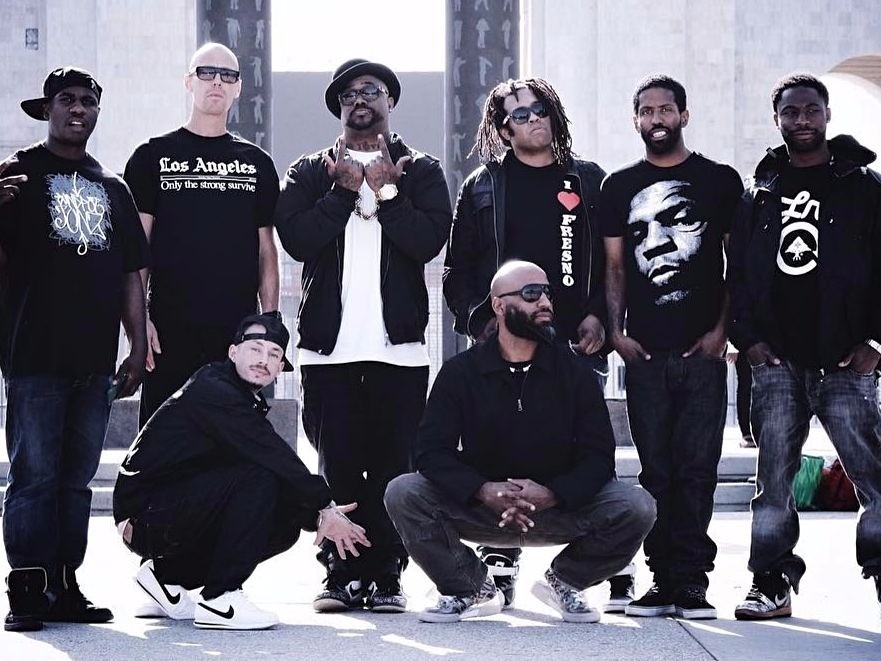 The Grouch Announces How The Grouch Stole Christmas Tour Lineup

For the past 10 holiday seasons, The Grouch has taken his annual How The Grouch Stole Christmas Tour on the road. This year’s lineup features his fellow Living Legends, Del The Funky Homosapien, Hieroglyphics, DJ Fresh, DJ Abilities and Reverie on select dates.

Kicking off on November 28 in Petaluma, California, the tour heads up and down the West Coast before wrapping up its final date on December 23 in Denver, Colorado.

“This is the 11th year of How The Grouch Stole Christmas,” The Grouch tells HipHopDX. “For the 10th year, last year, we had a special lineup of my brothers from Living Legends, so myself and my team went to the drawing board to figure out how we would top last year. I have always been a Del and Hiero fan, and haven’t toured with them since the early ’00s, so it only felt right.

He continues, “I’m really excited about hitting the road with Del, and having the Living Legends and Hieroglyphics join on the San Francisco, Los Angeles and Denver dates. In addition to them, I felt it was important to have female representation on the tour, so I reached out to my sister, Reverie, and asked her to join for the SoCal dates, and I can’t wait for folks to see her. DJ Abilities will be joining us on the other dates, and if you haven’t seen him, he’s one of the most amazing DJs/turntablists I’ve ever seen, so don’t miss any one on this bill. See you at the shows!”

Check out the tour poster and full list of tour dates below.