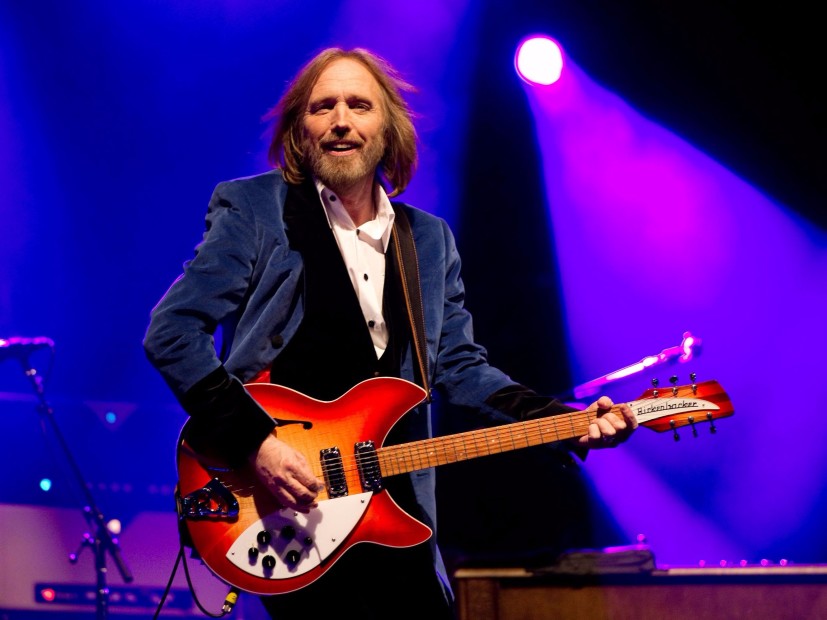 “On behalf of the Tom Petty family we are devastated to announce the untimely death of our father, husband, brother, leader and friend Tom Petty,” Dimitriades wrote. “He suffered cardiac arrest at his home in Malibu in the early hours of this morning and was taken to UCLA Medical Center but could not be revived. He died peacefully at 8:40pm PST surrounded by family, his bandmates and friends.”

The Gainesville, Florida native was revered by artists of all genres. His music was sampled by Hip Hop acts like De La Soul on 1993’s “Fallin'” featuring Teenage Fanclub, Pimp C on 2006’s “I’m Free” and Chamillionaire on 2009’s “Good Morning.”

The tributes continue to pour in as news of his passing spreads. Hip Hop luminaries such as Pete Rock, DJ Premier, Chuck D, Talib Kweli and Sage Francis all wrote about Petty’s musical impact.

Wow just landed to this news!!! Another Legendary Icon Of My Era Of Dope Rock 'N Roll Has Died… R.I.P. TOM PETTY… My High School Memories and Concerts! GREATNESS! SALUTE!

Tom Petty R.I.P. Some people are just born cool. Such a legend. I was lucky to cross paths a few… https://t.co/NgSiSde4OJ

I am so saddened by the news of Tom Petty's death. Beside being a genius musician and… https://t.co/VNQ1y6JMxj

"I wanna write her name in the sky
I'm gonna free fall out into nothing
Gonna leave this world for a while" Rest in peace Tom Petty ?

Sending love to Tom Petty and his family at this difficult time.

After confirming Tom Petty’s death, CBS has walked back its initial report after a clarification from the Los Angeles Police Department. The LAPD said it had “no information about the passing” of the singer in a pair of tweets posted Monday afternoon (October 2).

TMZ, who first broke the news of Petty suffering from a cardiac arrest, reported in its latest update that Petty was clinging to life, but wasn’t expected to live past Monday.

The family reportedly has a do not resuscitate (DNR) order on Petty.

Although he’s not expected to survive the day, for now, his death is not confirmed.

“The LAPD has no information about the passing of singer Tom Petty,” the tweet read. “Initial information was inadvertantly provided to some media sources. However, the LAPD has no investigative role in this matter. We apologize for any inconvenience in this reporting.”

(1/2)The LAPD has no information about the passing of singer Tom Petty. Initial information was inadvertantly provided to some media sources

(2/2) However, the LAPD has no investigative role in this matter. We apologize for any inconvenience in this reporting.

Petty was reportedly rushed to the hospital on Sunday (October 1) after suffering a cardiac arrest.

Check back for updates.

Tom Petty, beloved rock icon, reportedly passed away on Monday (October 2). According to TMZ, he was brought from his Malibu home to the UCLA Santa Monica Hospital on Sunday night (October 1) in full cardiac arrest after he was found unconscious and not breathing.

He was put on life support, but the decision was reportedly made early Monday to take him off due to his lack of brain activity.

Born in Gainesville, Florida, Petty dropped out of high school at 17 to pursue a life in rock-n-roll. In the late ’70s, he established Tom Petty and the Heartbreakers, which would eventually attain commercial success. The group released 13 albums, culminating with 2014’s Hypnotic Eye.

In 1990, Traveling Wilburys Vol. 1 won a Grammy Award for Best Rock Performance by a Duo or Group. The album was also nominated for Album of the Year.

Petty also had a plentiful solo career. His 1994 album, Wildflowers, spawned the hit “You Don’t Know How It Feels” and was produced by Def Jam Recordings co-founder Rick Rubin.

Although there was initial confusion surrounding Petty’s condition, sadly, he reportedly didn’t pull through.

I’m heartbroken to hear about Tom Petty. Tom was a hell of a songwriter and record-maker. He will be missed by everyone who loves music. L&M

Damn ….Tom Petty I remember standing backstage w him & he tells me 'Go Get Em at a. Presentation #rockAnointed

what just happened to Tom Petty?

This is unbearable. Vegas and now a great music hero has passed. You brought us so much joy, @tompetty. We will miss you. ❤️ #RIPTomPetty

Sending love and healing light. We love you! @tompetty

I don't even know how to share this news other than to say please pull through @tompetty https://t.co/m4HgXpiy8T

Get well soon @tompetty! You're in our hearts. Love you brother…

and now Tom Petty is taken from us? i'm not leaving bed today. i feel sick.

TMZ is reporting that Tom Petty has died of a heart attack.

Massive loss for the music world.

no words. just thanks. @tompetty pic.twitter.com/224gn9GNbo

So saddened to hear of @tompetty passing. He's was such sweet person to us and a once in a lifetime artist.

We are saddened to learn that @tompetty has reportedly passed away. You will forever be remembered and honored as one ot the greats. pic.twitter.com/r0DwzkZ1Ru

RIP Tom Petty
Thank you for giving so much, a lifetime of inspiration and love. Your music has changed this world for the better. pic.twitter.com/jZsjIN5Xu3

Man this cannot be happening. Not Tom Petty please. Our deepest love and condolences to his family and band. A brother and true believer.

I am so grateful for Tom Petty's music.
Feels selfish to want more, but I always will. Rest in peace. https://t.co/EBOt6J38zx

I loved Tom Petty and I covered his songs because I wanted know what it felt like to fly.
“you belong somewhere you feel free.”
?