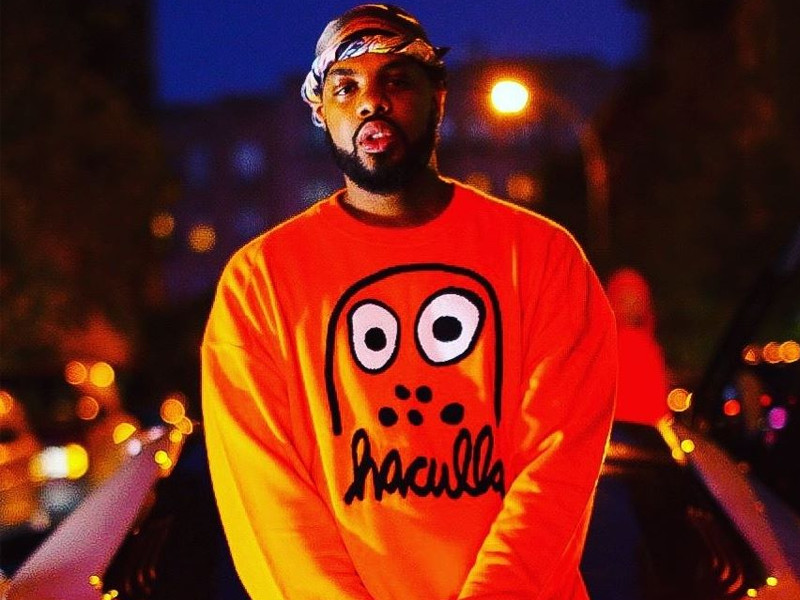 Few artists aim to craft an anthem; even fewer set out to create a sports anthem.

There is a long history of songs that, when taken in a slightly different context, become synonymous with athletic motivation though. Eminem’s “Lose Yourself,” Wiz Khalifa’s “Black And Yellow” and Jim Jones’ epic “We Fly High” have all found their way into countless highlight reels and racked up massive spins during live sporting events.

Now, it looks as though New York rapper Daytona is about to join the ranks with his Harry Fraud-produced “Runnin’ Plays,” which was recently used in a promo video by the University of Michigan’s football team.

“We have a lot of big things coming up with ESPN,” Daytona tells HipHopDX. “I was surprised to see Michigan Football posted it up on Instagram and Twitter. It was a big thing to me … it opened my eyes.”

He admits he never saw the sports angle until that point. “This is a whole other thing.”

The unexpected development is just another notch on Daytona’s belt. The rapper — formerly known The Kid Daytona — recently got the biggest look of his career, appearing on the chorus of French Montana’s “Bring Dem Things,” which also features Pharrell.

Although it’s unclear why he wasn’t directly credited on the song, he’s grateful for the opportunity. He also notes the feature is no secret in his hometown.

“Funkmaster Flex shouts my name out when he plays it,” he says. “So, all the DJs and all my peers know. And that means a lot to me. [French] could have said that hook himself … the fact that he just left me on it gave me an assist that I never had in terms of the mainstream. That was my introduction; to be on a record with someone I idolize like Pharrell, somebody that shifted the culture … it was a super big opportunity for me.”

“I didn’t know that he was going to make it by one of the major releases on the album, but I was just blessed to be part of the whole situation,” Daytona admits. “It boosted my career not only as an artist but as a writer.”

He and longtime friend Harry Fraud  currently have a project in the works — complete with a handful of prominent features — and “Runnin’ Plays” is continuing to take on a life of its own. Daytona tells DX that an official remix is coming with a huge feature that’s sure to raise its stock.

“Everybody has their time,” he says. “Everybody thinks they are going to record a song upload it and get popping. Everything came through the right way [for me] … I am so blessed.”

Check out the video for “Runnin’ Plays” below.