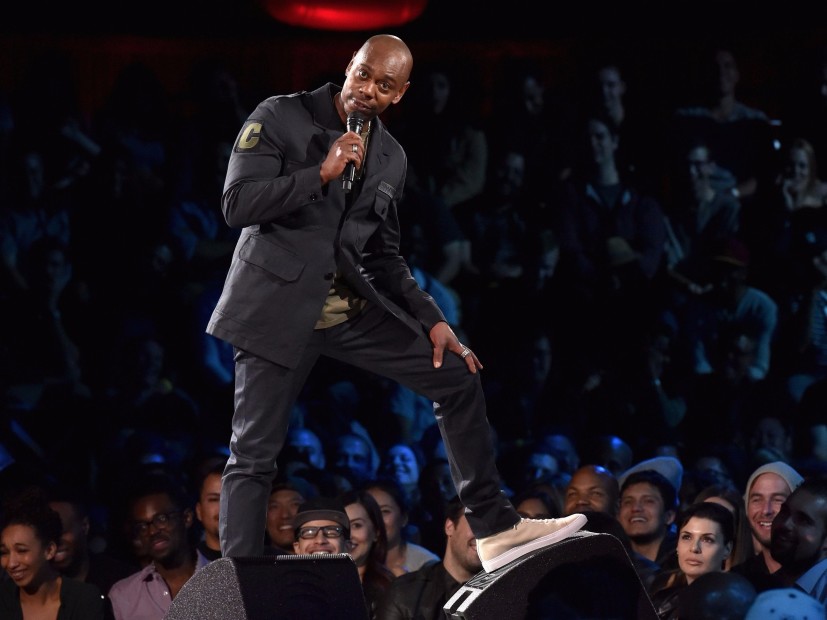 Despite being over a decade since Dave Chappelle parodied MTV’s Making The Band on Chappelle’s Show, Da Band member Dylan Dilinjah finally got to meet the comedic legend at a recent House of Vans event in New York.

While speaking to Dilinjah at the House of Vans, Chappelle said, “Dylan, Dylan, Dylan … yo, I fuck with you bro. Yo, thank you man … you made me famous [laughs].”

For those who grew up watching me… you know how epic and amazing this was. My first time meeting @chappellercmh. My album is coming Sep 15th. I guess the stars lined up at the perfect time. Bless up to @wyclefjean @diddy and everyone else I reunited with this year. Now let's move forward. You get it now? #pain2Power #1StopMedia #VpalMusic #ReelViews ▶️‼️SHARE AND TAG! ????????

In 2014, Dilinjah spoke to Uproxx about Chappelle’s impression and what happened after it aired.

“You take a joke and everyone’s cracking on you,” he said. “But the next question is, ‘What is he up to? What kind of music does he have? Can we book him?’”

Though Dilinjah and many of Da Band members have faded into relative obscurity, the Grenadian rapper continues to release music and reportedly landed a deal with Akon’s Kon Live label. In the meantime, he’s set to release his album Pain 2 Power on September 15.