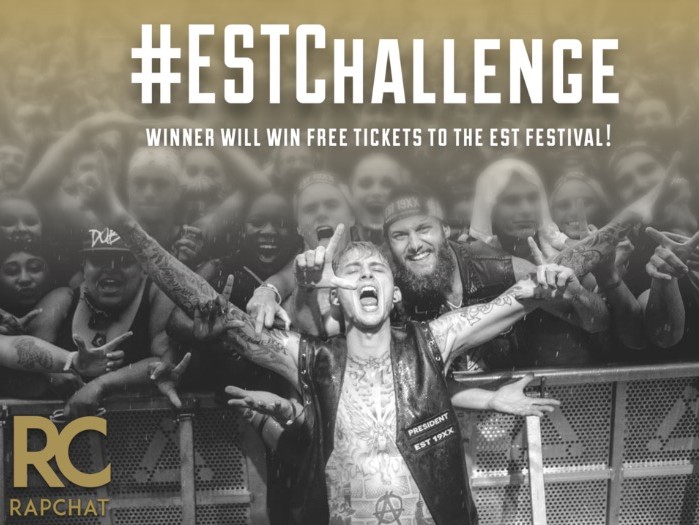 Butler, OH – Between releasing the best album of his discography in bloom to his new collaboration with Reebok, Machine Gun Kelly is having a breakout year — after previously experiencing several of those throughout his career.

This weekend (August 11-13), MGK and the Rapchat app (think Snapchat meets Instagram, but for rap, obviously) have teamed up for the #ESTChallenge.

The winner will receive a free ticket to MGK’s EST Fest in Ohio, which not only features the Young Gunner but Gucci Mane, MadeinTYO, DJ Whookid, among others.

Rapchat allows artists to drop freestyles over 90-second instrumentals and share them with friends, social media and potential tastemakers who could change their life. The app sports over 500 beats, and transforms your phone into a mobile recording studio.

Entry for the #ESTChallenge is simple:

1. Download Rapchat
2. Record a rap over MGK’s “Trap Paris” instrumental and “The Gunner” instrumental
3. Share on Social Media with the #ESTChallenge hashtag
4. The winner will be announced before MGK’s performance Saturday night