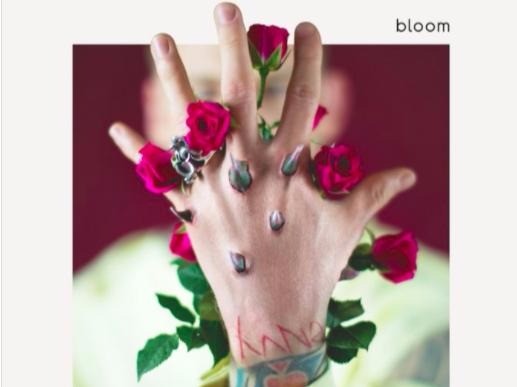 When Machine Gun Kelly first came into the game, he was a rowdy, rapid-fire flower from Cleveland. However, all boys must become men, and MGK’s latest album, bloom, finds him largely shedding the ways of his youth in favor of thoughtful musings over sophisticated production.

The greatest moments on bloom are when Kelly lets his vulnerability onto the tracks. On “At My Best,” which features powerful vocals from acting/singing darling Hailee Steinfeld, MGK waxes poetic about emotional pain. Lines like “I been hurt, I seen the scar tissue/If I show you, would you run away?/Do I gotta hide ‘em for you to wanna stay?” are universally relatable. “Go For Broke” flirts with pastry puff depth but James Arthur’s vocals and the cut’s uplifting guitar licks are nonetheless catchy. The heart-heavy “Rehab,” also is backed by acoustic guitar licks, but they’re melancholy as MGK delves into the tangled web of love and addiction. “I spent my night at the strip club/I pay them girls just to get love/I pay them to lie to me/One of them girls gave her line to me,” he raps. Such lyricism is impactful for both its honesty and the way Kelly is able to find remarkable depth in common experiences.

bloom shows growth not only lyrically, but also in Kelly’s delivery and the production. The opening stomper “The Gunner” finds MGK snarling over a thumping bass and ominous keys, but his braggadocio is more methodical, the beat more deliberate. While this is a refreshing change, it would have helped if he’d had a track or two hearkening to his original style to provide some energy. It’s clear that Kelly aimed to balls deep his slowed approach and his focus is admirable. However, a song like the braggadocious “Golden God,” would have been stronger with added gusto. The track, however, is at least compelling enough for a listen or two. The same can’t be said for the cliché-ridden “Wake + Bake” and plodding “Can’t Walk,” which stop the album dead in its tracks. A saving grace comes in the form of the zealous “Bad Things” (featuring Camila Cabello), which is a welcome avenue for MGK and displays his surprising penchant for pop. The record is perhaps the most endearing escalation on bloom and makes the album not only more accessible but also more balanced. With more hits like these, MGK may sign a lengthy lease with mainstream radio.

Machine Gun Kelly rounds out the album with “27”, which sums up bloom’s purpose. MGK’s acknowledgment of mortality belies acceptance that nothing lasts forever, and he is determined to make his mark in the world. Admiringly, it’s taken him his entire career to get to this point and a project like this finds him breaking out of the box he’s occupied since arriving on the scene.