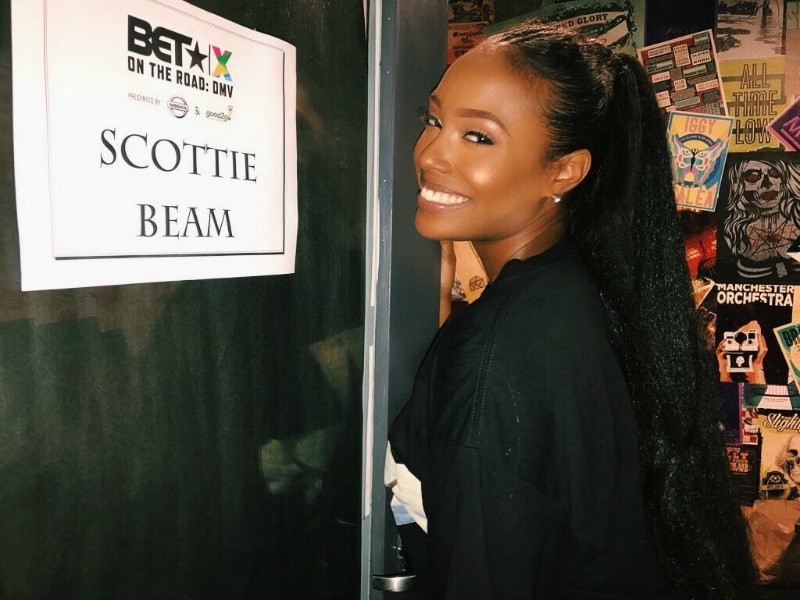 Scottie Beam, a popular social media figure, and former Hot 97 producer says that a security guard working this year’s Peterpalooza in Queens punched, kicked, and shoved her. Beam claims that the guard unleashed the brutal assault after she didn’t move to a spot he ordered her to go.

Beam took to her Twitter account this past Friday morning (July 28) to share what happened to her as she patronized the Knockdown Center art and performance space on Thursday.

“Yesterday, I was punched, kicked & pushed by a security guard at @knockdowncenter for simply not moving exactly where he wanted me to move,” Beam tweeted. She then launched into a string of tweets with more details.

Beam added, “For those asking, no I did not raise my voice, I did not touch this man, I just tried to call someone on my phone. My face is swollen &my knee is swollen, I’ve asked for the mans name and the other security guards wouldn’t tell me at the @knockdowncenter.”

Beam’s 27,000 Twitter followers have rallied around her, retweeting the details and repeating her call for other eyewitnesses to step forward with footage of the incident.

Upon further investigation by Beam, the guard in question was not known to the owners of the Knockdown Center and the venue didn’t perform background checks on the company or its employees before hiring them to man the event.

“You don’t even know what guard it is. You guys don’t have his information. You should stop working with Gorilla Force Security PERIOD,” Beam wrote in response to Knockdown Center’s tweet in reference to the guard.

Fader spoke exclusively with Beam, gathering from her the following statement via email:

“The Security Guard company is called Gorilla Force; they won’t give me his real name. The owner of the company claims he contracted the guard under a nickname “Black” and has no info about him. Abuse by security guards is normalized and shouldn’t be. Please speak out.”

This year’s Peterpalooza was headlined by A$AP Ferg and Dave East at the top of the bill, with Pro Era duo Nyck Caution and Kirk Knight as Nick @ Knight, recent Shady Records signees Westside Gunn and Conway The Machine, and the DMV’s Jay IDK.

Beam appears to be settled after a hospital visit and thanked all her supporters for their well wishes via Instagram.

Thank you for all the support/prayers/calls/texts I'll be ok.

The string of tweets from Scottie Beam and the incident can be found below.

Yesterday,I was punched, kicked & pushed by a security guard at @knockdowncenter for simply not moving exactly where he wanted me to move.