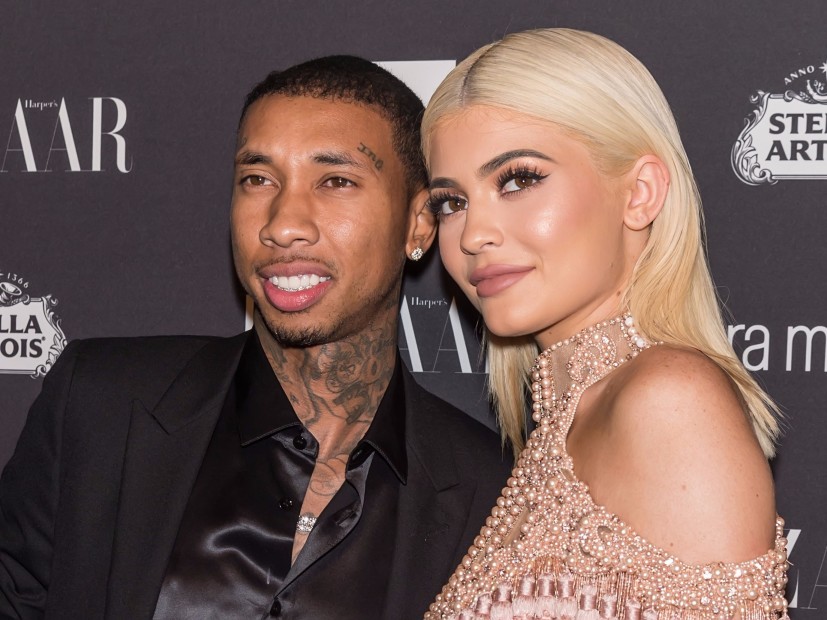 West Hollywood, CA – Tyga has admittedly had a stress-free media run far away from the negativity stemming from his breakup with Kylie Jenner, but things took a left turn when he appeared on The Breakfast Club where he was immediately grilled about his ex. During the 27-minute interview, he said he warned Rob Kardashian about Blac Chyna.

Coincidentally, the interview came the same day T-Raww dropped his feature-heavy project Bitch I’m The Shit 2, the sequel to 2011’s Bitch I’m The Shit. To celebrate, the Compton rapper held an exclusive pop-up shop/listening party for his fans at Dom Gallery in West Hollywood, California.

locked in with #tyga at his #bitchimtheshit2 listening party ??

HipHopDX caught up with the “Rack City” rapper who quickly disputed the rumors. In fact, he wasn’t even aware they existed.

#tyga shoots down rumors of a sex tape with #kyliejenner ? @kinggoldchains

In addition, fans can expect a music video to “Flossin,” which features his son King Cairo.

“It’s dope,” he says. “I did that with him maybe six months ago, ‘cause he always comes in the studio. So I wanted to put him on something. Because when I’m shooting videos and he’s on set, he always wants to be on scenes with me. So I was like, ‘I need to do a whole song with him, so I could do a video with him.’”