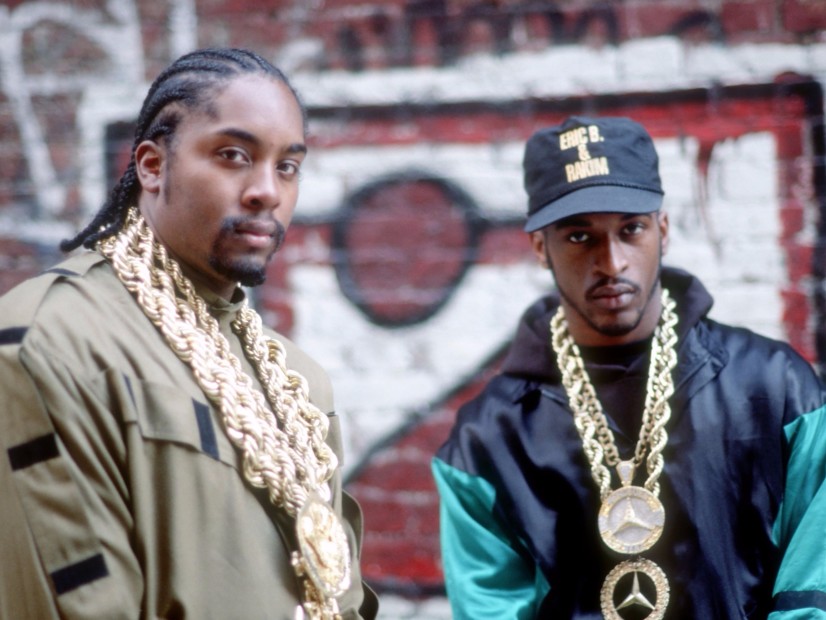 Eric B. & Rakim Reunite For The First Time In 20 Years

New York, New York – Hip Hop legends Eric B. and Rakim reunited for the first time in 20 years at The Apollo Theatre in New York City on Friday night (July 7) in honor of the 30th anniversary of its seminal album. Joined by a small army of people onstage, the duo performed songs from its celebrated 1987 debut Paid In Full, which included classics joints like “My Melody,” “I Know You Got Soul” and “I Ain’t No Joke.”

Ice-T told HipHopDX in a text message, the event was simply “crazy.”

Eric B. and Rakim’s social media accounts have been loaded with confusing information over the past year, but they did tease a reunion in October 2016. It’s a good sign that at least one show has materialized, but for now, there has been no word of any more shows that will follow.

The duo took to its Twitter account to express their gratitude for the many people who came out to support the show. “Thank you to everybody who showed love,” the post read. “EPMD, Ice T, Kool Herc, Slick Rick, Flavor Flav, Fat Joe,…” It was then linked to an Instagram account, but it’s unclear if it’s their official page.

Check out performances of “My Melody,” “I Ain’t No Joke” and “I Know You Got Soul” above.

This was the hottest shirt at last night's show https://t.co/kIAAqukrkA pic.twitter.com/v3B10sFJOl