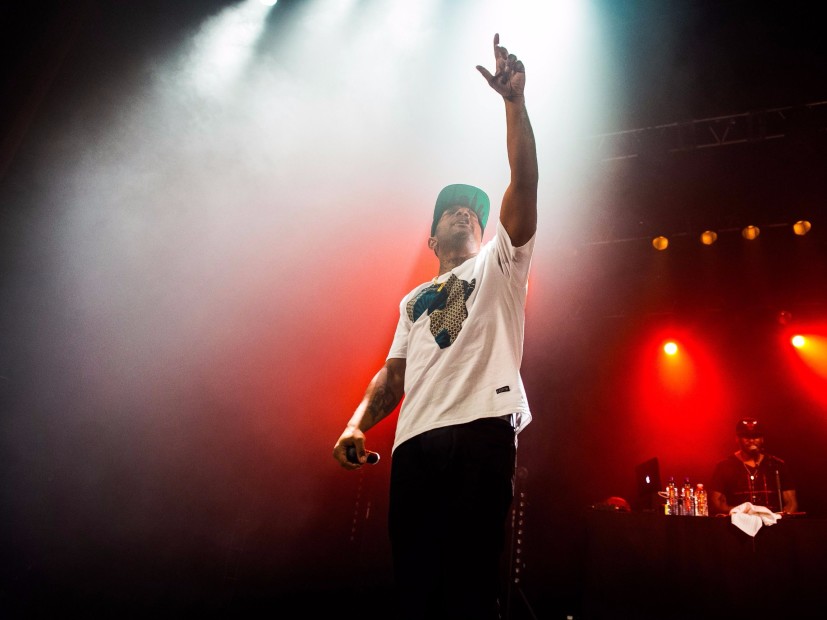 New York, NY – Two iconic figures of Hip Hop culture will be laid to rest on Thursday (June 29) in New York City — Prodigy and Educated Rapper. As the Hip Hop community continues to recover from the shocking news that the Mobb Deep MC has passed away at the ripe age of 42, a celebration of the rap legend’s life will go down at Frank E. Campbell on Madison Ave., which is also known as “The Funeral Chapel.” Judging by the outpouring of love he received on social media last week, it’s safe to assume his funeral will be overflowing with those wanting to pay their respects, especially since it’s open to the public from 2 p.m. to 5 p.m. EST.

Revered radio personality Kool DJ Red Alert was exposed to Mobb Deep’s music early in the duo’s career, and marveled at how Havoc and Prodigy were so perfectly put together.

“I could never credit myself for being the first to play their music,” Red Alert tells HipHopDX. “But I can say he was an intricate part of the culture. He and his partner Havoc brought out something people needed to hear in the ’90s. It was well produced and they were well presented as a unit. He may be gone, but his sound, soul and spirit remain.

“It’s going to be a packed funeral because Queensbridge is going to come out in solidarity and sincerity,” he adds. “I respect Queensbridge and they will say goodbye to their fallen soldier. Much respect to Prodigy.”

As fate would have it, Educated Rapper of UTFO, the group responsible for the classic 1984 single “Roxanne, Roxanne,” is also being laid to rest on the same day. The New York native lost his life to cancer on June 3. Not even his closest friends, including fellow UTFO members Mix Master Ice and Kangol Kid, knew he was sick until his last days.

“He intentionally didn’t share his situation,” Kangol tells DX. “We found out days before he passed. We were told he was in the hospital and he had been there for about a month. Mixmaster Ice and E were friends before the group formed. Sadly, E did not share with Ice his situation as close as they were. He was a very prideful man and wanted to deal with it on his own.”

But they didn’t let that happen. For the first time in 20 years, all four original members of UTFO were in the same room the Thursday before he died, which Kangol likened to the scene in Straight Outta Compton when N.W.A was saying goodbye to Eazy-E.

“As I’m driving to the hospital, I said to myself, ‘I am walking into a scene from Straight Outta Compton.’ I felt it. I know that I’m walking into my own version of the same scene. I knew what I was preparing myself for. I saw him in the room, and he was skin and bones. There were tubes everywhere.”

Kangol began to rap the first few words of “Roxanne, Roxanne” to E, but he didn’t respond. “We formed a circle around him and held his hand,” he says. “Ice led the prayer and as we were reminiscing about the past, we were laughing and E wakes up, so I said to him, ‘The band’s back together.’ He smiled. Even with a tube in his mouth, we could see him smiling. He died a couple days later, but we all thought maybe that’s what he was waiting for.”

“Prodigy is more popular at this point,” he says. “Of course, I don’t want to compare. We lost two legends in the game. I don’t think E even understood who he was to this culture. It’s like he was allowing himself to disappear quietly. He will be missed.”

HipHopDX sends its deepest condolences to the families of both Prodigy and Educated Rapper.