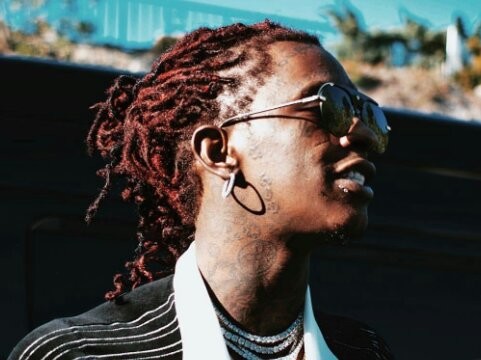 Young Thug is in hot water over the trailer for his Beautiful Thugger Girls album.

Thugger is still calling the project “E.B.B.T.G” on social media, a reference to the title he initially planned to give it — Easy Breezy Beautiful Thugger Girls. Influenced by the “Easy, Breezy, Beautiful CoverGirl” slogan of cosmetic company CoverGirl, the title has caused the cosmetics giant to take action against Thug using the play on words in his album title.

But that’s not their only concern. The teaser trailer for the album featured a woman being brutalized by several other women wearing black ski masks before duct tape is stuck to the victim’s face bearing the slogan “Easy Breezy Beautiful Thugger Girls”

CoverGirl released a forceful statement on Thursday (June 22) disavowing the video, which read: “CoverGirl was not contacted by Young Thug or any parties regarding his original album title. The album is not aligned with our values at CoverGirl. Violence and abuse are unacceptable behaviors. We do not support the use or association of our iconic slogan ‘Easy, Breezy, Beautiful, CoverGirl ‘ with Young Thug’s video, album or promotional materials.”