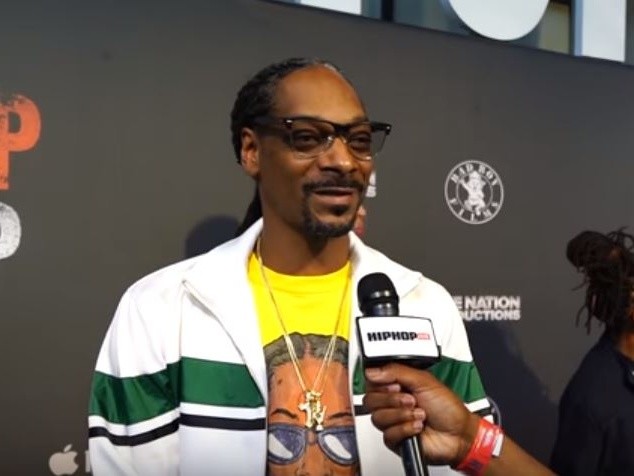 HipHopDX caught up with Snoop Dogg at this week’s premiere of Sean “Diddy” Combs’ Can’t Stop, Won’t Stop documentary and the Long Beach legend offered some clarification on the “Moment I Feared” visual.

When asked about the video, which appears to take aim at Atlanta rapper Young Thug, Snoop explained he isn’t poking fun of anyone and has “respect” for what the younger generation of Hip Hop artists are doing.

He also referred to Thugger as his “nephew” and spoke on his contribution to Jeffery rapper’s Beautiful Thugger Girls album.

“Nah, I ain’t poking fun at nobody,” Snoop Dogg told DX. “It’s a video. I’m acting in the video. The director directed it. It’s just a video. It could be a number of people. It’s a lot of people it could be. But it’s just me letting people know that I respect what the youngsters are doing. This is what they do. How they do it. I respect that.”

Snoop also discussed what unintentionally became a laughing point in the Tupac Shakur biopic, All Eyez On Me. At several points throughout the film, the lines delivered by Jarrett Ellis, the actor who played Snoop, were overdubbed with Snoop’s voice.

Snoop, who later doted on the film, says he was merely trying to provide his assistance in any way possible by creating the voice-over.

“I loved the movie,” he added. “I thought it was dope. The creative side of it. Showing where he came from.”