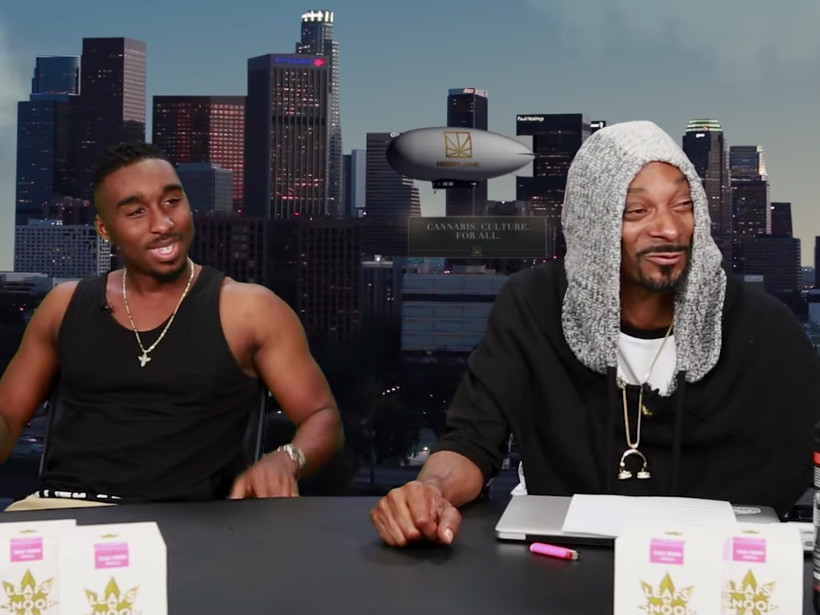 During an upcoming episode of GGN, host Snoop Dogg sits down with actor Demetrius Shipp Jr. (otherwise known as 2Pac’s doppelgänger) to discuss his role in the forthcoming Tupac biopic, All Eyez On Me. In a trailer released by MERRY JANE and WestFest TV, the Doggfather recounts his initial run-in with the slain West Coast legend at a wrap party for Poetic Justice, which also happened to be the first time he hit a blunt. However, it wasn’t exactly a smooth introduction.

“It was like we get off to like a wrong start, but you could tell we both dope as a motherfucker, so it’s like we not really gonna go there,” he added. “When we finish rapping, we go outside. I’m like, ‘My name’s Snoop.’ He like, ‘My name Pac.’ He break up with a blunt and that nigga roll a blunt with me. That’s my first time ever hitting a blunt.”

The two rap kingpins would go on to collaborate on classic tracks like “2 of Amerikaz Most Wanted,” “All Bout U” and “Wanted Dead Or Alive” before Shakur’s September 1996 murder. Check out the clip below.