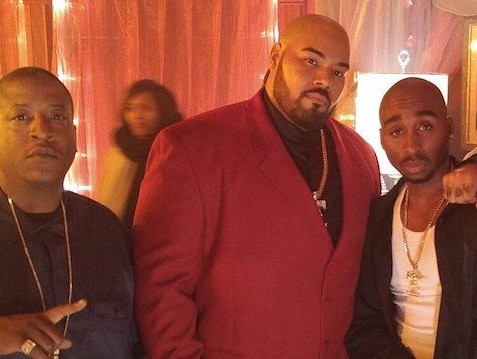 Tupac Biopic "All Eyez On Me" Looking Like The Sure Thing

Santa Monica, CA – After securing a release date and rolling out an official trailer, some skeptics for the Tupac Shakur biopic, All Eyez on Me, still had their “believe-it-when-I-see-it” goggles on. But Morgan Creek Entertainment, the company who has weathered all the delays surrounding the film, recently reached a deal with the Lionsgate’s Summit Entertainment label to distribute the film.

For those who aren’t in the know, All Eyez on Me experiences a nationwide release on Friday, June 16, 2017. The date holds the utmost significance, for it would have the late rap legend’s 46th birthday.

With more than 75 million records sold world (including his All Eyez on Me magnum opus accounting for 10 of those millions) and a historically tragic narrative in Hip Hop that ultimately contributed to his death at just the age of 25, the Tupac biopic definitely has a lot of ground to cover, but early reviews of the film suggest that it’s mission accomplished.

In summer of 2016, The Game proudly proclaimed The Tupac movie is the real deal, shit make that Biggie movie look like a cartoon…I don’t mean no…ay…that’s what it is, homie,” after taking in a screening alongside Program Pictures’ LT Hutton, who also produced the film.

The All Eyez on Me trailer can be seen below.